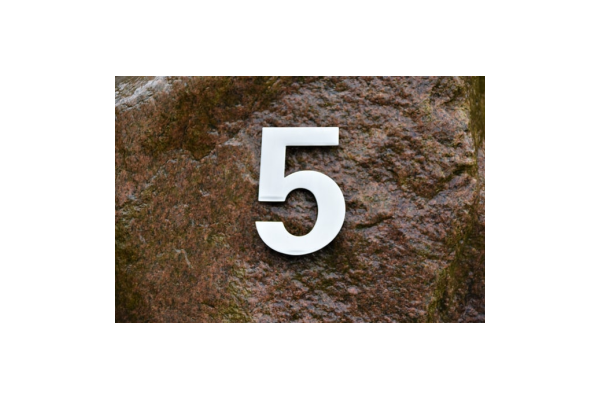 Hulu to Raise Prices $1 a Month

Hulu has been on the money lately – and when they’re on the money, this means they want to make more money. Beginning October 8, the streaming video platform will raise its prices by $1 a month. Their ad-supported tier will increase to $6.99 a month, and their ad-free tier will increase to $12.99 a month. Pricing for their Hulu Live TV and Disney streaming bundle with Hulu included will remain the same, since their price was adjusted in November of last year by 18%.

This shouldn’t come as a surprise. We reported that Disney would raise their prices in March of 2021. In spring of this year, they also raised the cost of the Disney+ streaming service by $1 a month, bringing the price to $7.99 a month. Disney also raised the price of ESPN+ to $6.99 a month in July, per CNBC.

However, this is Hulu’s first price increase since Hulu actually lowered the cost of their streaming service. In January of 2019, they dropped the price for each tier. The ad-supported tier was lowered from $7.99 to $5.99 per month. Their method behind this was Netflix’s price increase that same year. Since Disney acquired a majority stake in Hulu in spring of 2019, their prices have just gone up from there.

The price hike doesn’t come without reasoning though. According to Business Insider, the company has 42.8 million subscribers just in the US, and the streaming service offers more than 70,000 TV episodes and movies. Hulu’s subscriber count may only make up a third of what Disney+ has, but that extra dollar per month will add up to millions for the company, just with current subscribers.

Given that this is the first price increase for Hulu since their price lowering, we’re hoping it doesn’t raise any further. However, with more and more people cutting cords with their cable companies, Hulu and Disney are hoping to cash in on that extra dollar per month.

Microsoft is working on launching their own personalized news service, Microsoft Start. The tech giant is launching this as a website and mobile app, and are working on integrating it into other Microsoft products. Currently, the website operates on Google Chrome and Microsoft Edge, as well as apps in iOS and Android.

On the Windows interface itself, Microsoft Start will operate on the taskbar in Windows 10, and in the Widget experiences in Windows 11. On Edge, Start will also be available from the New Tab page, according to Yahoo.

TechCrunch says Microsoft will combine content from different news publishers, but tailoring it to individual needs and desires. Catering to individuals will help Microsoft better compete with other tech giants like Apple or Google.

Following in the legacy of MSN, Microsoft wants to build more online and mobile consumer services. This, however, will not replace MSN. It also will differ from Microsoft News, something that the tech company debuted in 2019. This allows a more customizable experience through a “Personalize” button, where users can manually add and remove interests from a wider array of categories.

Categories will include news, entertainment, sports, technology, finance, travel, health, and more. In specific topics, the ability to dive into more niche topics will also be available. It offers a truly customizable experience, where other competitors don’t have as many custom options.

On the website, users will be able to react to stories with emojis, with a set of emojis just like Facebook. There is one change, however. The laugh reaction will be replaced with a thinking face on Microsoft Surface. You will also only be able to see your emoji reaction, versus Facebook, where you could see all possible reactions from all audience members.

The Department of Justice is getting tired of Google’s schtick. The tech giant has already been sued for antitrust violations in the search arena, but the government agency is switching gears this time.

The DOJ’s look into advertising practices started under former Attorney General William Barr, but the the focus was on search engines for the first lawsuit. Google was ultimately charged with dominating search engines with “an unlawful web of exclusionary and interlocking business agreements.” That lawsuit was filed in October of last year, and was filed in 11 states, and focused specifically on the tech giant’s agreements with Apple. The DOJ alleged that Google had an unfair advantage over rivals and limiting choices for consumers. This lawsuit is slated to go to trial in September of 2023, according to Baystreet.

For the latest monopolistic lawsuit, the DOJ has been investigating the advertising marketplace, and may have a lawsuit filed by the end of the year, shares MediaPost. This lawsuit will build on an antitrust suit filed in 2020 by ten different states, where Google was using its position on every side of the board, to unlawfully exclude competition.

The lawsuit also alleges that there was monopolistic power used to control pricing and engage in market collusions.  You can find the web engine anywhere – you can find it inside of cars, TVs and speakers, as well as its common allies of web browsers and smartphones. The company even makes their own branded smartphones.

The lawsuit isn’t without merit. A study from the UK found that Google had a greater than 90% market share in the means of search engines. With a monopoly like that, it’s hard to be on Google’s side. Just on advertising alone, Google made $23 billion in gross revenue last year. This lawsuit has been backed by 38 states and territories.

Primephonic is a music streaming platform that allows users an excellent listening experience, where they can search and browse classical music with quality audio and functionally optimized to be heard on the latest devices. Classical music aficionados will be able to make the switch from Primephonic to Apple’s own app based on its own subscription service. The service’s reach extended to 150 countries, and has an older demographic, according to Techcrunch. Primephonic hopes that Apple will be able to expand the reach of classical music to a wider audience.

“We love and have a deep respect for classical music, and Primephonic has become a fan favorite for classical enthusiasts,” said Oliver Schusser, Apple’s vice president of Apple Music and Beats. “Together, we’re bringing great new classical features to Apple Music, and in the near future, we’ll deliver a dedicated classical experience that will truly be the best in the world.”

On September 7, Primephonic went offline and was discontinued as a standalone service. It will be absorbed into Apple, under their Apple Music umbrella. The company made the announcement on their website and in an email to subscribers.

“As a classical-only startup, we cannot reach the majority of global classical listeners, especially those that listen to many other music genres as well. We therefore concluded that in order to achieve our mission, we need to partner with a leading streaming service that encompasses all music genres and also shares our love for classical music. Today, we are therefore thrilled to share a great step forward in our mission – Primephonic is joining Apple Music!” said the Primephonic team.

While Apple is building its own classical music service, the company is granting six free months of Apple Music to Primephonic’s subscribers. Apple noted its plans to take advantage of the service’s browsing and searching abilities.

With the launch of Spatial Audio and Lossless Audio earlier this year, Apple is in an ever growing state, and is looking to add more options to retain current subscribers and attract new ones. Apple Music subscribers have access to more than 75 million songs, and this acquisition will only help to add to that repertoire. This acquisition adds to Apple’s umbrella of acquisitions in the music space. They purchased Beats in 2014, Shazam in 2017, and quietly bought Platoon in 2018.

YouTube Music, YouTube’s subscription-based streaming music service, hit a new milestone – 50 million subscribers, 20 million more than the company had at the end of 2020, says The Verge. That’s impressive considering the service is only six years old. The 50 million figure includes YouTube Music and Premium subscribers, plus those in their free-trial period.

“It’s been almost 6 years since we kicked off our subscription journey at YouTube and today we’re excited to share the news that we’ve crossed 50 million Music and Premium subscribers, including trialers. It’s an honor to build a membership that allows people to more deeply immerse themselves in music, learning, fashion, gaming, and more, all the while supporting the creators and artists that make it possible. Music and Premium subscriptions are key pillars of YouTube’s monetization, enabling unique content and communities to flourish,” said Lyor Cohen, global head of music for YouTube, in a September 2 blog post.

The rapid growth is due, in part, to younger music fans, as well as international music markets in South Korea, India, Japan, Russia and Brazil. Part of its growth may also be due to its work on repairing its relationships with record labels and artists. In the last 12 months, the service paid out more than $4 billion to music rightsholders. Spotify claimed a $5 billion payout last year, according to The Verge, which seems like pennies when you look at the difference in subscriber count.