On Sunday, Meredith Corporation (NYSE: MDP) announced it has reached a binding agreement to buy Time Inc. (NYSE: TIME) for $2.8 billion, or $18.50 per share, in an all-cash transaction. According to Time’s announcement, the share price represents a 46 percent premium over the closing price on November 15, the day before the announcement of a possible deal was made to the media. The boards of both companies have unanimously approved the deal which is expected to close during the first quarter of 2018, subject to regulatory approvals.

Meredith secured $3.55 billion in funding including drawing $350 million of unused revolving credit from RBC Capital Markets, Credit Suisse, Barclays and Citigroup Global Markets, Inc. and $650 million from Koch Equity Development (KED). In its announcement, Meredith said KED will not have a seat on the Meredith board and the Koch brothers will not have any influence on editorial or managerial operations.

‘We are adding the rich content-creation capabilities of some of the media industry’s strongest national brands to a powerful local television business that is generating record earnings, offering advertisers and marketers unparalleled reach to American adults. We are also creating a powerful digital media business with 170 million monthly unique visitors in the U.S. and over 10 billion annual video views, enhancing Meredith’s leadership position in reaching Millennials,’ Lacy added.

According to Meredith’s announcement, the merger of the two companies will create a company with combined revenue of $4.8 billion (2016 figures), including $2.7 billion in total advertising revenue and adjusted EBITA of $800 million. By consolidating operations, Meredith expects to save $400 million to $500 million within the first two full years of operation.

Rich Battista, president and CEO of Time Inc., who will likely leave the company after the transition, also commented on the acquisition:

‘I am proud of our accomplishments and thank the talented teams across the company for their extraordinary work, relentless commitment, and passion. Together, we moved quickly and successfully to launch, grow, and advance our multi-platform offerings during unprecedented times in the media sector. Time Inc. now engages over 230 million consumers across digital and print every month through a portfolio of premium, iconic brands that are well positioned to continue to be powerful voices in media for many years to come,’ Battista said.

Meredith highlighted some of the key benefits of the merger:

Last week we reported on the possible acquisition of Time Inc. by Meredith, so this news is not a surprise, particularly in light of Time Inc.’s financial struggles. Earlier this year the company said it was not for sale and would seek its own reorganization instead. However, in August, when Time revealed its strategic transformation plan, the company said it would consider selling off some of its assets. The acquisition by Meredith is likely as good a deal as Time is going to get and it is beneficial to both companies. It will be interesting to see what changes Meredith makes, including consolidating operations and perhaps divesting itself of unprofitable properties. 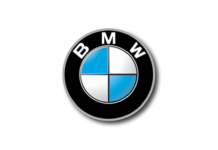