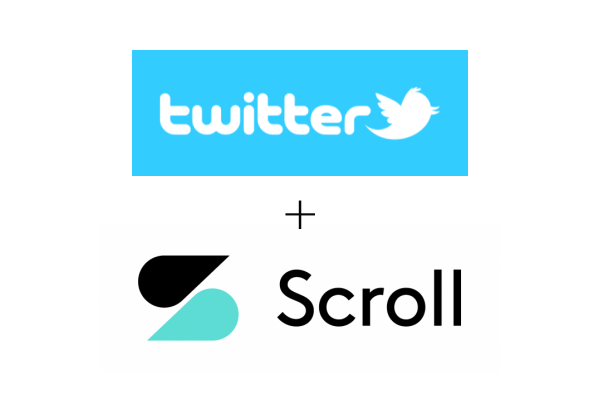 The “fourth” was with Twitter Tuesday when they announced their plans to acquire Scroll, an ad-blocking service that provides a cleaner, more streamlined experience for online readers and publishers. Readers who subscribe to the ad-blocking service can read articles from participating publishers without ads, pop-ups, and other online clutter that can diminish the online experience. Publishers who are a part of Scroll benefit by getting a share of Scroll’s subscription revenue to replace ad revenue. Terms of the deal were not disclosed.

“People come to Twitter every day to discover and read about what’s happening. Publishers, journalists, and writers drive this conversation, keeping the world informed and igniting discussions around the news, issues, and topics we collectively care about. If Twitter is where so much of this conversation lives, it should be easier and simpler to read the content that drives it,” said Mike Park, vice president of product for Twitter, in a May 4 blog post.

Scroll and Twitter claim that publishers can make more money through Scroll than they would via traditional ads on a digital page. Scroll’s website says publishers like Daily Beast, Salon, BuzzFeed, SB Nation, Recode, Search Engine Journal, MacRumors, USA Today, The Verge, The Onion and Mother Jones can earn 40% more revenue and engage readers with 28% more time spent on their websites and a 15% increase in pageviews.

“This is an exciting opportunity for us to introduce this proven model to publishers on our service and make reading the news better for everyone involved. Looking ahead, Scroll will become a meaningful addition to our subscriptions work as we build and shape a future subscription service on Twitter,” Park added.

How Scroll is different than subscribing to a news site

Twitter said that Scroll will become part of an “upcoming subscription offering” the social media platform is exploring. Twitter subscribers could potentially access premium features from participating news outlets and writer newsletters from Revue, which Twitter acquired earlier this year. While Twitter is figuring out its next steps, Scroll is putting new sign-ups on pause. The company will, however, continue to support existing publishers and subscribers. Publishers interested in becoming part of the Scroll network, can sign up for future updates at Scroll.com.

Twitter is on a mission to free itself from being solely dependent on advertising revenue. They are exploring a wide range of paid premium features and subscription options. Twitter is testing some of those now and teasing Twitter users with others. The company’s acquisitions of Revue and Scroll are part of that product discovery and development process. From the outside, their efforts seem a bit scattered, but there is a business strategy behind it that includes subscriptions and fortifying itself against the competition. It will be fun to watch their ideas unfold and to see which take hold and which fall by the wayside.