WarnerMedia is ditching the HBO Go app, just two weeks after the launch of the company’s new direct-to-consumer streaming video subscription service HBO Max, where subscribers can view all of HBO’s iterations in one place. The decision to shutter HBO Go was made to help make sense of the confusion caused by having four HBO products: HBO (original), HBO Go (streaming), HBO NOW (streaming), and HBO Max (streaming), reports The Verge. WarnerMedia is taking HBO Go out of commission, effective July 31.

Here is how HBO breaks down its different services:

Viewers who do not already have access to HBO Max via HBO or HBO NOW can subscribe to HBO Max for $14.99 a month, after a free seven-day trial.

In its FAQs, HBO Max explains that, in many cases, the HBO NOW app was automatically upgraded on May 27. For example, HBO NOW direct-billed customers who are billed through Apple, Google Play, Samsung, Optimum, Verizon Fios Internet, Consolidated Communications and Liberty Cablevision of Puerto Rico have HBO Max instead of HBO NOW. However, WarnerMedia hasn’t made deals with Roku or Amazon yet, so HBO Max is not available on those platforms, says The Verge.

After HBO Go goes away and WarnerMedia makes deals with streaming platforms to offer HBO Max, HBO will be reduced to two products: the original HBO on cable and satellite TV and HBO Max. HBO NOW and HBO Go will become part of HBO history.

“Now that HBO Max has launched and is widely distributed, we can implement some significant changes to our app offering in the U.S. As part of that plan, we will be sunsetting our HBO Go service in the U.S. We intend to remove the HBO Go app from primary platforms as of July 31, 2020,” WarnerMedia said in a statement. “Most customers who have traditionally used HBO Go to stream HBO programming are now able to do so via HBO Max, which offers access to all of HBO together with so much more. Additionally, the HBO NOW app and desktop experience will be rebranded to HBO. Existing HBO NOW subscribers will have access to HBO through the rebranded HBO app on platforms where it remains available and through play.hbo.com.”

We are glad to see that WarnerMedia recognizes the confusion it has caused with one cable/satellite network and three different streaming services. Consolidating from four services down to two will definitely simplify things. We are, however, surprised they didn’t do this at launch. From the first time the HBO Max subscription service was announced, it has been difficult to differentiate what each HBO service will offer and how it will impact the rest of the product line-up. This rollout felt rushed and a bit clunky. Hopefully, these changes will turn it around.

This is a good lesson for other subscription companies on customer experience and launches. To avoid confusing your subscribers, make sure you have all your ducks in a row when launching a new service, that you are clear about what you are offering (and where), and how current products may be impacted. 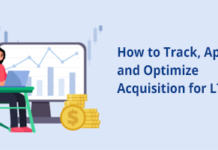