In this week’s edition of Five on Friday, we have articles on subscription apps, anime and additional features on TikTok. First, we share top subscription app data for 2021 from Sensor Tower and the latest rumors on PlayStation’s Spartacus, including anticipated pricing. Also, after testing longer videos for months, TikTok will allow short-form videos as long as 10 minutes, anime subscription services Crunchyroll and Funimation merge, and we learn that early subscribers to CNN+ can lock in a lifetime rate of $2.99 a month for a limited time.

Mobile users are spending more than ever on subscription apps. A new report from Sensor Tower shows the top 100 subscription apps worldwide earned $18.3 billion in revenue in 2021. This is an increase from $13 billion the previous year, representing a 41% increase year-over-year.

Subscription spending on apps made up 14% of the $131.6 billion spent on in-app purchases in both mobile gaming and non-gaming apps. This was displayed both worldwide and domestically. The U.S. spent $8.5 billion on the top 100 non-game apps offering subscriptions. This represented a 44% increase domestically from $5.9 billion in 2020. Consumers in the U.S. spent $40.7 billion on in-app purchases last year, and 21% of those were in the top subscription apps. Additionally, in the U.S., 90 out of the 100 top-earning apps included subscriptions.

Each app store had its own outliers – Apple’s App Store featured YouTube and YouTube Music on their top ten, where Google Play displayed streaming video services like Paramount+, Crunchyroll and Peacock TV on their lists.

It will be interesting to see how the App Store and Google Play subscription market will change with new regulations in various countries to limit control and control over market share. Currently, South Korea passed new laws to limit control over in-app purchases. Dutch regulators are currently talking to Apple over payment on dating app payments, claiming that Apple is in violation of antitrust orders. Will this have an impact on the overall app numbers for 2022?

In December, we discussed the possibility of PlayStation Spartacus. In an effort to compete with Xbox Game Pass, PlayStation was considering combining their two subscription services: PlayStation Plus and PlayStation Now. This would merge their free games with their cloud gaming service and offer a refresh. Sony recently acquired Bungie which they could use to their advantage. Lately, new reports about Spartacus have surfaced. Comingsoon.net reported that Spartacus would be a tiered system like initially planned, but new details with pricing were shared.

Sony started pulling PlayStation Plus cards in the UK in January, as confirmed by a directive that stores launched. However, Sony clarified with a comment saying they were moving from PlayStation Now gift cards to focus on existing cash denomination gift cards. We’ll have to wait until Spartacus rolls out to see if the rumors are true.

TikTok is expanding their video length once again. Previously, the video-sharing app has been limited to 15 seconds, then 60 seconds, and bumped up to three minutes. Now, after testing it for several months, TikTok is expanding to 10-minute videos. The test was initially sighted in August of 2021.

Why the change? TikTok is continually trying to expand and enrich their community’s experience. A spokesperson shared that three-minute videos allow both creators and viewers to be more entertained, and they hope that 10-minute videos would allow for more creative possibilities. TechCrunch reported that this could give creators a leg up and help them expand on more topics they may not have been able to previously. Viewers won’t have to wait for part two or part three of a TikTok series, and a creator can just film a 10-minute clip and upload seamlessly.

Longer video lengths also make TikTok a stronger competitor against YouTube. With longer watch times, TikTok can keep people on the app longer, allowing them to generate more ad revenue. YouTube made $28.8 billion in ad revenue alone in 2021, and they were threatened enough by TikTok that they created their own short-form video sharing platform, YouTube Shorts, in early 2021. TikTok has a stronger edge against YouTube if you look at additional features like effects, AR tools and a catalog of music and sound. Users are also able to collaborate and stitch other creators’ videos, allowing for both parties to be more widely shared.

The one thing that YouTube has that TikTok doesn’t, however, is a revenue sharing formula that is advantageous to creators. Hank Green made a video explaining TikTok’s Creator Fund versus YouTube’s Partner Program, and the difference in revenue between the two. A creator is far more likely to make more money on YouTube than they are on TikTok, because there is more money to go around.

TikTok will be rolling out the longer video feature upload gradually, starting in the U.S. Global users will be able to access this in the coming weeks, and will get a notification when the feature is available. The big question is if TikTok will share a greater portion of its revenue with creators to keep them on the platform.

Crunchyroll and Funimation to merge

After Sony’s $1.175 billion acquisition of Crunchyroll was completed, changes were to be anticipated. The biggest change is the merging of the two anime services, retaining the Crunchyroll name and brand.  Funimation and Wakanim subscription holders will have to move to Crunchyroll.

Crunchyroll will absorb 80% of Funimation and Wakanim’s shows by the end of March 2022 and will still offer the same plans for their service tiers. The most basic plan, at $7.99 per month, will offer access to stream on one device at a time, let users read English digital manga, and allow users to watch new episodes an hour after they air in Japan. Their middle tier, at $7.99 per month, will allow access to a full library of anime and simulcast shows, as well as offline viewing. Viewers are able to stream on four devices at once. Their highest costing tier, at $14.99 per month, will get access to the same perks as the middle tier, as well as an annual member swag bag as well as exclusive merch. Crunchyroll currently has 5 million streaming subscribers, and 120 million registered users, Deadline reports. They currently reach more than 200 countries, and stream in 10 languages.

“When we brought Funimation and Crunchyroll together last year, our top priority was to put fans first. Unifying all of our brands and services under the Crunchyroll brand globally enables us to offer more value than ever before as we combine subs, dubs, simulcasts, library, music, movies, manga – all into one subscription. The new Crunchyroll is the realization of a dream, and we are grateful to the creators of anime and the millions of fans who have joined us in making the community what it is today,” said CEO Colin Decker.

Early subscribers can lock CNN+ in at $2.99 a month for life

CNN+ is on its way, and more pricing updates have been announced. The streaming service has been worked on for the last year and a half and is finally coming to fruition. Streamable said the price would be $5.99 per month, and that has been confirmed. However, early subscribers will get access at a lower price point.

The Hollywood Reporter confirmed early subscribers can lock in a $2.99 per month rate. As long as someone stays a subscriber and their account is active, they will lock in that rate for life, Adweek reports. This pricing promotion will be available for the first month of launch, and then the service will revert to the previously stated price of $5.99 per month. CNN+’s annual option will cost $59.99 per year.  However, this option is not listed in their FAQ on their website.

WarnerMedia will offer a bundle that includes CNN+ and HBO Max, The Los Angeles Times reports. Eventually, CNN+ also looks to offer an ad-supported version of their streaming service, similar to what Disney+ plans to launch later this year.

CNN+’s official Twitter account confirmed some offerings their subscription service would stream, including 5 Things with Kate Bolduan, Big Picture with Sara Sidner, 30 Questions with Audie Cornish, and Anderson Cooper Full Circle.  The streaming service will be available on phones, tablets, laptops and smart TVs. With the launch of CNN+, the branding of CNNgo will sunset, and functionality will be integrated within CNN’s standalone app.

CNN+ is slated to launch at the end of March, and spokespeople for CNN said the goal is to turn CNN+ into a global service. 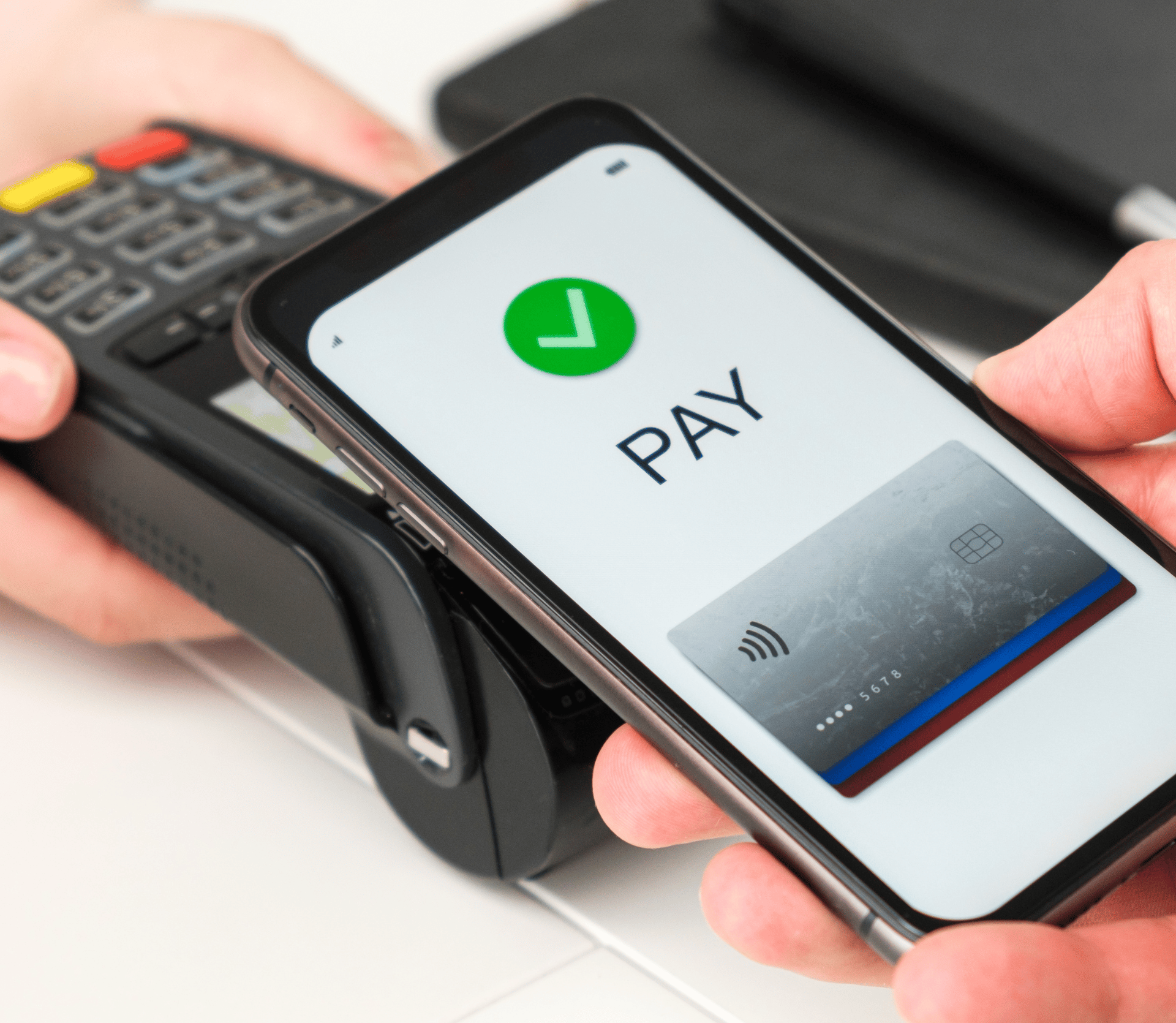