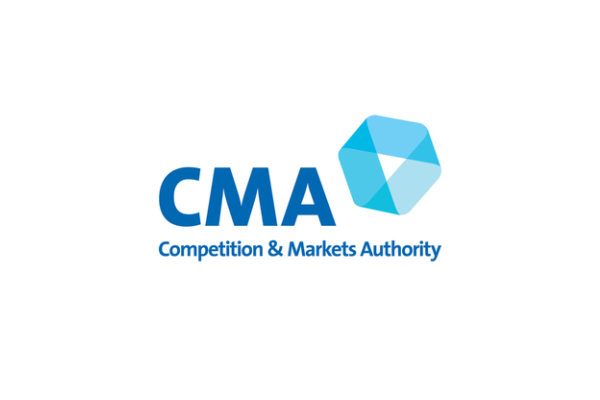 The United Kingdom’s Competition and Markets Authority (CMA) has directed Facebook, now known as Meta Platforms Inc., to sell GIPHY due to antitrust concerns. The CMA believes that Facebook’s purchase of GIPHY reduces competition between social media platforms, directing more traffic to Facebook-owned sites like WhatsApp and Instagram, and Facebook has changed GIPHY’s terms requiring TikTok, Twitter and Snapchat to give Facebook more user data. And last, but not least, the CMA is concerned that Facebook is using its dominant market power to limit competition in the display advertising market in the UK.

“The tie-up between Facebook and GIPHY has already removed a potential challenger in the display advertising market,” said Stuart McIntosh, chair of the independent inquiry group who worked on the phase 2 investigation, in a November 30, 2021 news release. “Without action, it will also allow Facebook to increase its significant market power in social media even further, through controlling competitors’ access to GIPHY GIFs.”

“By requiring Facebook to sell GIPHY, we are protecting millions of social media users and promoting competition and innovation in digital advertising,” McIntosh added.

Facebook announced in May 2020 that it would acquire GIPHY for $400 million. The acquisition has faced antitrust scrutiny in the UK and Australia ever since, reports Business Insider. Though Facebook completed the acquisition on May 15, 2020, Facebook was required to hold GIPHY as a separate business, effective June 9, 2020, when the CMA imposed an Initial Enforcement Order (IEO). The CMA began its investigation in June 2020 and, in August 2021, the CMA released provisional findings that stated the merger between Facebook and GIPHY had “resulted or would result in a substantial lessening of competition (SLC) in social media and display advertising, harming social media users and businesses in the UK.”

The CMA started with an initial phase 1 investigation and then moved to a more in-depth phase 2 investigation in April 2021. In the summary of their provisional findings, the CMA noted that Facebook is the largest provider of social media and messaging services in the UK and that GIPHY is the world’s leading provider of free GIFs and GIF stickers. As part of its evaluation, the CMA considered whether or not the merger would have an impact on competition in the UK. Based on the “share of supply test,” the CMA believed the merger is likely to impact businesses and social media users in the UK.

On October 20, 2021, the CMA fined Facebook £50.5 million (just under $67 million U.S.) for violating the CMA’s initial enforcement order. At the time the order was issued in June 2020, the two companies were supposed to continue to compete with each other as if the merger had not taken place. This includes integrating products and staff. Under the IEO, Facebook was required to provide regular updates, outlining their compliance with the order. Despite repeated warnings, Facebook limited its updates to the CMA which was deemed to be lack of cooperation. The CMA issued an additional fine of £500,000 (just over $661,000 U.S.) for changing its chief compliance officer twice without asking for consent.

“Initial enforcement orders are a key part of the UK’s voluntary merger control regime. Companies are not required to seek CMA approval before they complete an acquisition but, if they decide to go ahead with a merger, we can stop the companies from integrating further if we think consumers might be affected and an investigation is needed,” said Joel Bamford, senior director of mergers at the CMA, said.

“We warned Facebook that its refusal to provide us with important information was a breach of the order but, even after losing its appeal in two separate courts, Facebook continued to disregard its legal obligations,” added Bamford. “This should serve as a warning to any company that this it is above the law.”

On September 2, 2021, Facebook submitted a 90-page response to the CMA marked “strictly confidential – contains business secrets.” That confidential information has been redacted. Facebook’s executive summary said that the provisional findings contain fundamental errors of law and fact, including the statement that Facebook has dominant market power. Facebook also said the provisional findings applied the wrong legal test, they have not substantially lessened competition, alternatives to GIPHY including Google’s Tenor are available, and the CMA does not have jurisdiction, among other arguments.

“By seeking to unwind the Transaction – in circumstances where GIPHY does not even carry on business in the UK – not only is the CMA engaging in extraterritorial overreach, but the CMA is sending a chilling message to start-up entrepreneurs: do not build new companies because you will not be able to sell them,” Facebook wrote. “The message to investors is: do not back start-ups since the risks to realizing a return on investment have increased even further. From Facebook’s perspective, the CMA’s industrial policy is driving its provisional SLC decision, which is contrary to the evidence before it and cannot reasonably be sustained.”

This is clearly a matter to be resolved by the regulatory authority and Facebook, so we won’t comment on the validity of arguments on either side. However, it is worth noting that regulatory authorities in the U.S., U.K., Europe and Australia are more closely scrutinizing behavior by tech giants like Facebook, Google, Apple and Amazon. The fines may equate to a slap on the wrist for now, but the bigger message from the regulators is “we’re watching you.” At some point, some deregulation is likely but when, where and how is yet to be determined.