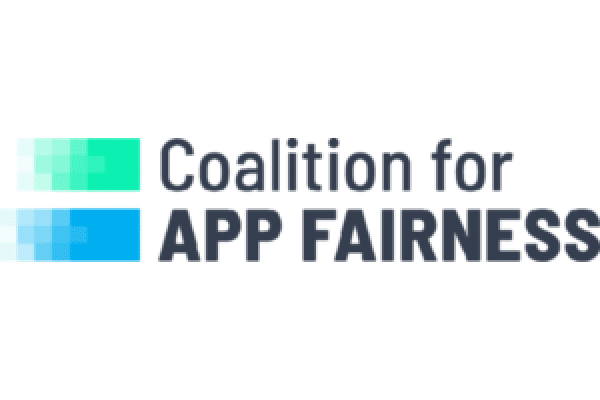 “As enforcers, regulators, and legislators around the world investigate Apple for its anti-competitive behavior, The Coalition for App Fairness will be the voice of app and game developers in the effort to protect consumer choice and create a level playing field for all,” said Horacio Gutierrez, Head of Global Affairs and Chief Legal Officer at Spotify.

Among the alliance’s top complaints is that the App Store takes a 15 to 30% revenue share of most purchases (30% in year 1 and 15% in subsequent years for subscriptions). The alliance says this revenue share cuts deeply into developer revenue. CAF believes this is particularly unfair because Apple’s own apps compete directly with those of other developers, giving Apple a competitive advantage based on price. CAF also says this is unfair to consumers.

The App Store is one of several popular app stores that helps consumers discover new apps. However, CAF says it has taken on a gatekeeper role and is taking more than its share of developer profits, which limits competition. According to CNBC, in 2020, Apple’s App Store had gross sales of about $50 billion.

“The Apple App Store policies are prisons that consumers are required to pay for and that developers cannot escape,” said CAF on their website, AppFairness.org.

In the alliance’s vision for the future, CAF outlines 10 App Store Principles they want to see adopted to level the playing field. CAF does not specifically designate the App Store in its principles, so these would apply to other app stores such as the Google Play Store, which also requires a 30% revenue cut.

Epic Games, who is currently suing Apple for banning its popular Fortnite game from the App Store, is among the founding members of CAF. Tim Sweeney, CEO and founder of Epic Games, shared his thoughts on the issues.

“The basic freedoms of developers are under attack. We are joining the Coalition for App Fairness to defend the fundamental rights of creators to build apps and to do business directly with their customers. We are an advocate for any company that’s ready to reclaim its rights and challenge the anti-competitive behaviors that exist on app stores today,” said Sweeney.

Mark Buse, senior vice president and head of global government relations and policy at Match Group,” also commented on what the alliance hopes to address.

“Apple’s IAP forces consumers to pay higher prices by inserting Apple between app developers and their users, leading to customer confusion and dissatisfaction that has far-reaching implications for our businesses. Match Group joins the Coalition in its efforts to ensure everyone is able to enjoy the benefits of a fair app ecosystem,” Buse said.

Spotify has long been an opponent of the App Store’s policies. In March 2019, the Sweden-based streaming music platform filed an antitrust complain against Apple with regulators in the European Union.

“My goal for Spotify is and has always been to reimagine the audio experience by giving consumers the best creativity and innovation we have to offer. For that to be a reality, it is my firm belief that companies like ours must operate in an ecosystem in which fair competition is not only encouraged, but guaranteed,” Ek wrote in a March 13, 2019 blog post.

“In recent years, Apple has introduced rules to the App Store that purposely limit choice and stifle innovation at the expense of the user experience-essentially acting as both a player and referee to deliberately disadvantage other app developers. After trying unsuccessfully to resolve the issues directly with Apple, we’re now requesting that the EC take action to ensure fair competition,” added Ek.

The federal government is investigating big tech companies, including Apple, for antitrust behavior. They are expected to bring a case against Google in the coming weeks. How will this impact Apple? It is too early to tell, but a coalition of big name companies could help put pressure on Apple to find a compromise everyone can live with. We think it will be awhile before an agreement is reached, if ever, but a strong alliance has a better shot of succeeding than any of the companies does on its own.