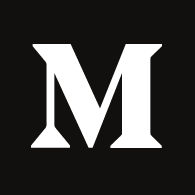 Medium, who once touted itself as the publishing platform that would save journalism, is experimenting with its business model again. According to Digiday, for

Medium, who once touted itself as the publishing platform that would save journalism, is experimenting with its business model again. According to Digiday, for the last two weeks, Medium has posted job listings for contributors and staff writers for four new digital, subscription-based magazines – Medium subscriptions, that is – covering science and technology, business, health and general interest.

In addition to these magazines, Medium hopes to partner with others on publications too, says Siobhan O’Conner, Medium’s vice president of editorial.

To access this new content, whether it is one of these four new Medium magazines, or a partnership with another publication, readers need to subscribe to Medium which is currently priced at $5 a month or $50 a year. For non-members, Medium has a metered paywall. They can access three articles per month at no charge; after that, they need a membership to read more.

The process of transforming Medium from a platform into a “megamagazine” started about a year ago when Medium founder and former Twitter CEO Ev Williams hired O’Conner from Time to focus on features and columns to attract new members, writes Stowe Boyd.

Medium, which is currently ad-free, offers members content from big name publishers like The Atlantic, The Economist, Bloomberg, The Washington Post, Vanity Fair and Wired, as well posts from writers and publications you may not have heard of.

“Thousands of perspectives, one home,” says Medium on its membership page. “Your favorite writers, thinkers, and experts are publishing their best work on Medium. And you’ll get access to all of it as a member.”

In last week’s subscription news round-up, we shared an article about Medium’s acquisition of The Bold Italic, a San Francisco Bay area magazine which appears to be part of the latest pivot from Medium. Clara Hogan, editor-in-chief for TBI, talks about the magazine’s history since its 2009 launch – rethinking how local stories are told and share.

“It’s been an ever-evolving experiment, and today we’re marking TBI’s next chapter under the ownership of Medium,” writes Hogan. “By acquiring TBI, Medium is making an investment in the future of local journalism, willing to take a chance on our publications, because the company’s leaders believe in our ability to create meaningful content that the Bay Area can’t find elsewhere.”

“Medium is a natural partner for us. Not only have we already been operating on the platform for several years, but we’re also both intrinsically committed to innovation and risk taking when it comes to journalism. We’re excited to now have greater resources to produce even better content and, most importantly, pay our contributors?-?old and new?-?significantly more,” Hogan added.

Hogan went on to say that TBI readers can expect personal essays and informed opinions from a diverse range of people, stories that will keep readers better informed about their community, exclusive content, and engagement from their writers and editors.

“Our goal is simple: to bring you really good stories that give insight into life in the Bay Area. We certainly won’t fix local journalism, but we’ll do our part to keep pushing the boundaries of the industry and try something new,” Hogan said.

This is just the latest iteration of Medium, with other business models left in the dust. Can Medium really make this new magazine-style content work for it? Will it attract enough readers at $5 a month, or $50 a year, to be sustainable? Digiday discussed that with O’Conner who said that the membership model is sustainable, and the company has paid out millions of dollars to writers. She also told Digiday that Medium will dramatically increase its investment in original content this year.

These seem like great ideas and we love innovation and the entrepreneurial spirit, but we are not yet convinced that Medium knows what it wants to be when it grows up. It has tried idea after idea, and business model after business model, but it has really never stuck with one that worked consistently enough to sustain the company. Considering the company has raised $132 million in venture capital since its 2012 launch, it is hard to imagine why Medium hasn’t yet found the right mix of business acumen and content.

That said, we would love to see this latest Medium experiment succeed. We respect and appreciate good writing and journalism, and we know that quality content is worth paying for. We just don’t know if Medium is the right publisher or platform to bring it to us.