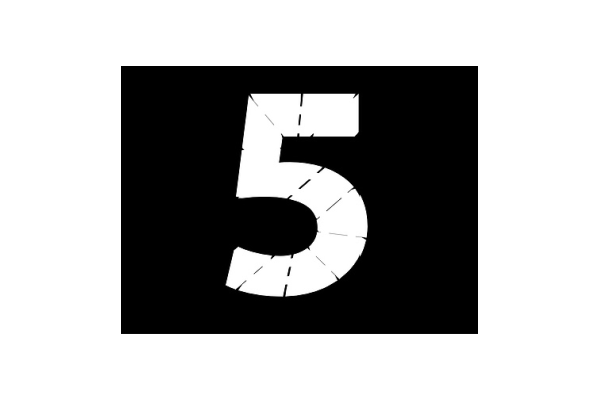 In this week’s edition of Five on Friday, we share insight into what’s behind Facebook’s algorithms which control what you do and don’t see, Google says it will stop supporting third-party tracking cookies and Chrome and it will not build an “alternate identifier” to track user behavior, and Piano acquires AT Internet. Also this week, Netflix was the big streaming winner at the Golden Globes with 11 top awards, and LinkedIn shares new subscription job openings.

Ever wonder why some Facebook posts get lots of engagement and others don’t? It is the dreaded Facebook algorithm which decides what posts people see when they check their feeds. At the end of 2020, organic reach on Facebook had dropped to 5.2%, down from 5.5% at the end of 2019 and 7.7% in 2018. At the same time, average engagement last year for organic posts was 0.25%, says HootSuite. Engagement was even lower for accounts with more than 100,000 followers. So how can you do better?

HootSuite says to focus on the four primary categories that make up a post’s ranking:

Facebook says it uses thousands of “ranking signals,” and machine learning does play a role, but focusing on the categories above will help. HootSuite offers some of its success secrets too!

For more tips on how to leverage Facebook’s algorithm, read the full blog post on HootSuite.com.

Google said that, as third-party cookies are phased out of the Chrome browser, the company will not track online users or “build alternate identifiers” to track people online. These cookies are most often used by digital advertisers. Google’s David Tempkin, director of product management, ads privacy and trust, said in a March 3 blog post that the public’s lack of trust in technology is concerning, and it threatens the future of the internet as we know it today.

“If digital advertising doesn’t evolve to address the growing concerns people have about their privacy and how their personal identity is being used, we risk the future of the free and open web,” Tempkin said. “People shouldn’t have to accept being tracked across the web in order to get the benefits of relevant advertising. And advertisers don't need to track individual consumers across the web to get the performance benefits of digital advertising.”

Google said it does, however, support first-party relationships on its ad platforms for partners who have a direct connection with their customers, and they will continue to invest in that area.

“Keeping the internet open and accessible for everyone requires all of us to do more to protect privacy — and that means an end to not only third-party cookies, but also any technology used for tracking individual people as they browse the web. We remain committed to preserving a vibrant and open ecosystem where people can access a broad range of ad-supported content with confidence that their privacy and choices are respected,” said Tempkin.

Earlier this week, global subscription commerce platform Piano announced it is acquiring AT Internet, a digital analytics and contextual data firm based in France, in a cash and equity exchange deal. By partnering, the companies will be able to provide broader offerings to their clients. The combined company will measure data and personalize more than 145 billion web pageviews every month.

“Historically, analytics and customer journey tools have operated separately, so an integrated Piano and AT Internet offering presents a tremendous opportunity for all of our clients to enhance their understanding of audiences and provide personalized experiences,” said Trevor Kaufman, CEO of Piano, in the announcement.

Since our inception, Piano has been focused on helping the largest digital properties in the world achieve transparency and agility, and AT Internet’s capabilities will help us further accelerate that mission,” Kaufman added.

The 25-year-old AT Internet focuses on effectively measuring and analyzing visitors, including how they find digital platforms and their behavior after landing there. Customers can use this data to inform their decision making and to integrate it with other applications like marketing.

“The merger of our two organizations is an exciting chapter in our company’s history and prominence in the digital analytics industry,” said Mathieu Llorens, CEO of AT Internet. “This next chapter with Piano will enable AT Internet to invest more resources in and drive expansion of our current products, as well as help more organizations leverage analytics values and segments to deliver personalized customer experiences.”

Read the complete announcement at Piano.io.

Last year, streaming networks like Netflix, Hulu and Disney+ kept us entertained in a world outside our control. The platforms brought us laughter, drama, documentaries, sitcoms, feature films and more. Some of the shows were forgettable, but most were good or even great, and there was something for everyone. Netflix, known for its broad and deep content catalog, was the clear winner among streaming services at the 2021 Golden Globes, bringing home 11 of the top awards. Bravo, Netflix!

Best Performance by an Actor in a Motion Picture – Drama

Best Performance by an Actress in a Television Series – Drama

Emma Corrin, The Crown (playing the role of Princess Diana)

Best Performance by an Actor in a Television Series – Drama

Josh O’Connor, The Crown (playing the role of Prince Charles)

Best Performance by an Actress in a Television Supporting Role

Best Performance by an Actress in a Limited Series, Anthology Series or Motion Picture Made for TV

Rosamund Pike, I Care A Lot

Aaron Sorkin, The Trial of the Chicago 7

The Washington Post is seeking a visionary leader to shape the future of our growing audio team. The director of audio is responsible for the long-term strategy and daily operations of The Post’s audio team, which includes more than a dozen journalists whose work reaches millions of listeners each month. The team produces “ Post Reports ,” our flagship daily podcast, and has created several other shows including “ The Next Four Years ,” “ Presidential ” and “ Can He Do That? ” The group has also developed acclaimed and high-impact narrative podcasts including “ Canary: The Washington Post Investigates .” This director will also take a leadership role in experimental efforts, such as our AI-powered audio updates on the 2020 election. Read more.

Forbes is hiring a Subscription Growth Manager to drive the growth of our Unlimited Access website product. As part of our Consumer Marketing team, this is an exciting role for someone looking to be a vital player within a dynamic team focused on converting more of the right audience into paying subscribers. The successful candidate will have strong experience growing subscription products, from building and expanding the funnel, optimizing subscriber experience and conversion, price testing as well as improving retention and reducing churn. The ideal candidate is data-driven and thrives in a cross-functional environment, interacting regularly with stakeholders from product, tech, business intelligence and our technology partner, Piano. Read more.

Roku made streaming possible and The Roku Channel is changing the way we watch it. The Talent Relations & Marketing Manager is a creative self-starter with a deep understanding of streaming and entertainment. This role will work cross-functionally with marketing, public relations and social media to ideate, develop and execute strategic campaigns for The Roku Channel. It will play an important role in managing talent relations and the development and implementation of marketing to increase awareness for The Roku Channel and its programming. Read more.

AWS Data Exchange is seeking a talented, hands-on Web Producer to create best-in-class digital demand generation content and web experiences for customers seeking to discover and license third-party data. As Web Producer you will be responsible for creating and activating digital content assets to support global demand generation campaigns and web experiences, including, but not limited to webinar assets, landing pages, micro-sites, social channel posts, and media banners. You will develop and own the content calendar that ensures our digital engagement, demand generation, field sales, and partner teams have the content and customer references they need to support customer conversations and engagement at various stages of the customer adoption cycle. Read more.

The Netflix Production Support (NPS) team helps solve the many support scenarios that occur when running a global studio production team. As the Studio Support Operations Manager, you are responsible for managing multiple teams of production support specialists in our United States offices. You will report to the Netflix Technology (N-Tech) Director of Remote Support and directly oversee a team of NPS team managers. You will work collaboratively with Studio support Operations Managers in EMEA and APAC. You will be responsible for ensuring that the NPS team is successful in achieving their primary goal: To provide superior support to our production, content, and media partners to allow them to continue creating the content we love while providing insights back to the business to simplify and enhance our user’s experience. Read more.