Last week Netflix announced it was raising its rates for new subscribers in the U.S., Canada and Latin America from $8.99 a month to $9.99. According to the Wall Street Journal, Netflix is increasing prices to cover the costs of content acquisitions and the investment in original programming. Rates for Netflix’s standard plan at $7.99 a month for one stream and premium plan at $11.99 for four streams at once will remain the same. Netflix made the announcement in an emailed statement, says the Wall Street Journal:

“To continue adding more TV shows and movies including many Netflix original titles, we are modestly raising the price for some new members in the U.S., Canada and Latin America,” a Netflix spokesman said in an emailed statement. “As a thank you to existing Netflix members — who aren’t already benefiting from grandfathering — we will maintain their current price for a year.”

According to Bloomberg, the rate increase was imposed to help Netflix raise money to add more TV shows and movies to the subscription service’s line-up. At the close of trading the day of the announcement, Netflix (NASDAQ: NFLX) stock shares rose to $110.09 each, a 1.8% increase. As of the writing of this post, stock shares have further spiked, now at $113.03 each, signaling that investors are pleased with Netflix’s most recent pricing decisions.

Since the U.S. price increase came so closely after the price increase in Europe, this news isn’t particularly surprising. Netflix has a growing pool of competition, so it needs to be careful that it doesn’t price itself out of the market. So far, that doesn’t seem to be a concern. Its closest OTT competitor, Hulu, offers a higher-priced, ad-free plan at $11.99 a month, so Netflix is still offering a superior product for less. In addition to content acquisition costs, Netflix recently inked a deal to allow “in app” purchases on Apple devices (iPhones, iPads, iPods), meaning Netflix is now subject to the so-called Apple Tax ranging from 15 to 30%.

While subscribers still pay the same monthly rate to Netflix, Netflix has to share its revenue with Apple. [The percentage has not been disclosed by either Netflix or Apple, but other revenue share arrangements have been between 15 and 30%.] By increasing its pricing for new subscribers, Netflix will help defray some of this expense.

Netflix still reigns supreme in the streaming video world and could, quite frankly, charge more than $9.99 a month without losing many of its loyal subscribers. This arrangement, however, seems equitable, offering a reasonably priced product to new subscribers while also pleasing Netflix investors and giving the company some additional revenue to fuel its growth. 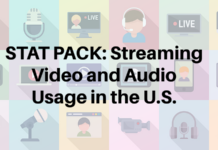