Disney’s ‘Mulan,’ the much-awaited, live-action version of the 1998 animated film, will debut on the Disney Plus direct-to-consumer streaming service on September 4. To watch the movie though, fans need to have a Disney Plus subscription and pay a one-time $29.99 premium add-on fee, reports Business Insider. The $29.99 fee is not a rental charge. Instead, the company says Disney Plus subscribers will get continuous access to the film as long as they remain subscribers.

Disney CEO Bob Chapek made the announcement on Tuesday during the company’s third quarter earnings call.

“In order to meet the needs of consumers during this unpredictable period, we thought it was important to find alternative ways to bring this exceptional family-friendly film to them in a timely manner,” said Chapek.

“We are announcing today that in most Disney Plus markets, including the U.S., Canada, Australia, New Zealand, and a number of countries in Western Europe, we will be offering Disney Plus subscribers the epic adventure ‘Mulan’ on a premiere access basis beginning September 4,” Chapek said.

The film will be simultaneously released in some markets where Disney Plus has not yet launched, and ‘Mulan’ will also be released in areas where theaters have already reopened. The movie’s debut has been delayed several times, with the most recent release date set for August 21.

“We see this as an opportunity to bring this incredible film to a broad audience currently unable to go to movie theaters, while also further enhancing the value and attractiveness of the Disney Plus subscription with this great content,” added Chapek.

During a pandemic where so many movie theatres are closed, we can see the rationale behind Disney’s decision to release ‘Mulan’ on Disney Plus. We are wondering what prompted the $29.99 fee though. The streaming service has already done away with its free trials. Does this signal another change in the Disney Plus model?

Perhaps the company realizes it missed a big opportunity with the premiere of ‘Hamilton’ last month, and they could capitalize on future direct-to-consumer film releases to offset other losses (e.g., a $3.5 billion hit to operating income due to theme park closures during the pandemic). Disney said this is a one-off decision, but we can see this setting a precedent for future Disney releases, particularly if it is successful.

The price, while a bit of a shock at first, is similar to what communities around the country are doing to help entertain local families. Restaurants, arenas and other venues are hosting drive-ins with classic movies, charging $20 and up per vehicle. This helps support those local businesses, particularly those who sell concessions, while also giving families an alternative to watching ‘The Goonies” or ‘Ferris Bueller’s Day Off’ from their living rooms. What Disney is doing is not that different. 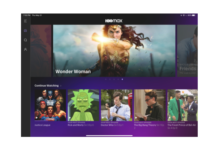