Today’s the big day – the day the European Union’s Global Data Protection Regulation (GDPR) officially goes into effect to protect personal data from being misused by data collectors or data processors. The new regulations apply to companies who have customers in the EU, like Google. While Google has been working on its GDPR policies, it has not been making friends around the globe. In fact, Ad Age reports that four major trade bodies representing 4,000 publishers around the world are in a standoff with Google and Google CEO Sundar Pichai.

‘This meeting is straight from the monopolist’s playbook as Google attempts to force its terms on everyone else and avoid having to publicly state why it won’t make any adjustments,’ says Jason Kint, CEO of Digital Content Next in the Ad Age article. ‘Why else hold a private, closed-door meeting on the last day before GDPR enforcement begins?’

Google said it is doing its part, hosting webinars, having one-on-one meetings with publishers, etc. to get them up to speed on the GDPR policy. The four organizations disagree, and they outline their concerns to Google CEO Sundar Pichai in an April 30 letter.

Here is an excerpt from that letter:

The group goes onto say that Google’s proposal “severely falls short on many levels,” and they have questions about how Google will handle GDPR, essentially telling Google it is wielding too much control and making unilateral decisions without consulting the publishers. They ask a series of key questions about Google’s relationship as a data controller versus a data processor; its relationships to publishers, customers and data; how often the tech giant will change its terms of use; and how advertising on Google will now be controlled, just to name a few.

The bottom line: these trade organizations, who represent companies like Associated Press, Viacom, Conde Nast, CNBC, Axel Springer, The Daily Mirror and the Guardian, have serious concerns about how Google is handling GDPR compliance and its impact on publishers from around the world.

Google’s response from a spokesperson said Google had engaged with more than 10,000 publishers, advertising and agencies in close to 60 countries to discuss GDPR compliance.

Considering GDPR is now in effect, it seems that some of Google’s notifications and efforts are awfully late, and huge, international publishers don’t like the way Google is handling it. Because Google is embedded in the internet and publishers rely on Google for searchability and revenue, this is a tricky situation. Google can get away with wielding its power for a little while, but the influence these publishers have is significant. It would be in Google’s best interests to find a way to compromise – or at least satisfactorily answer the trade organizations’ questions. 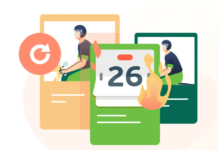