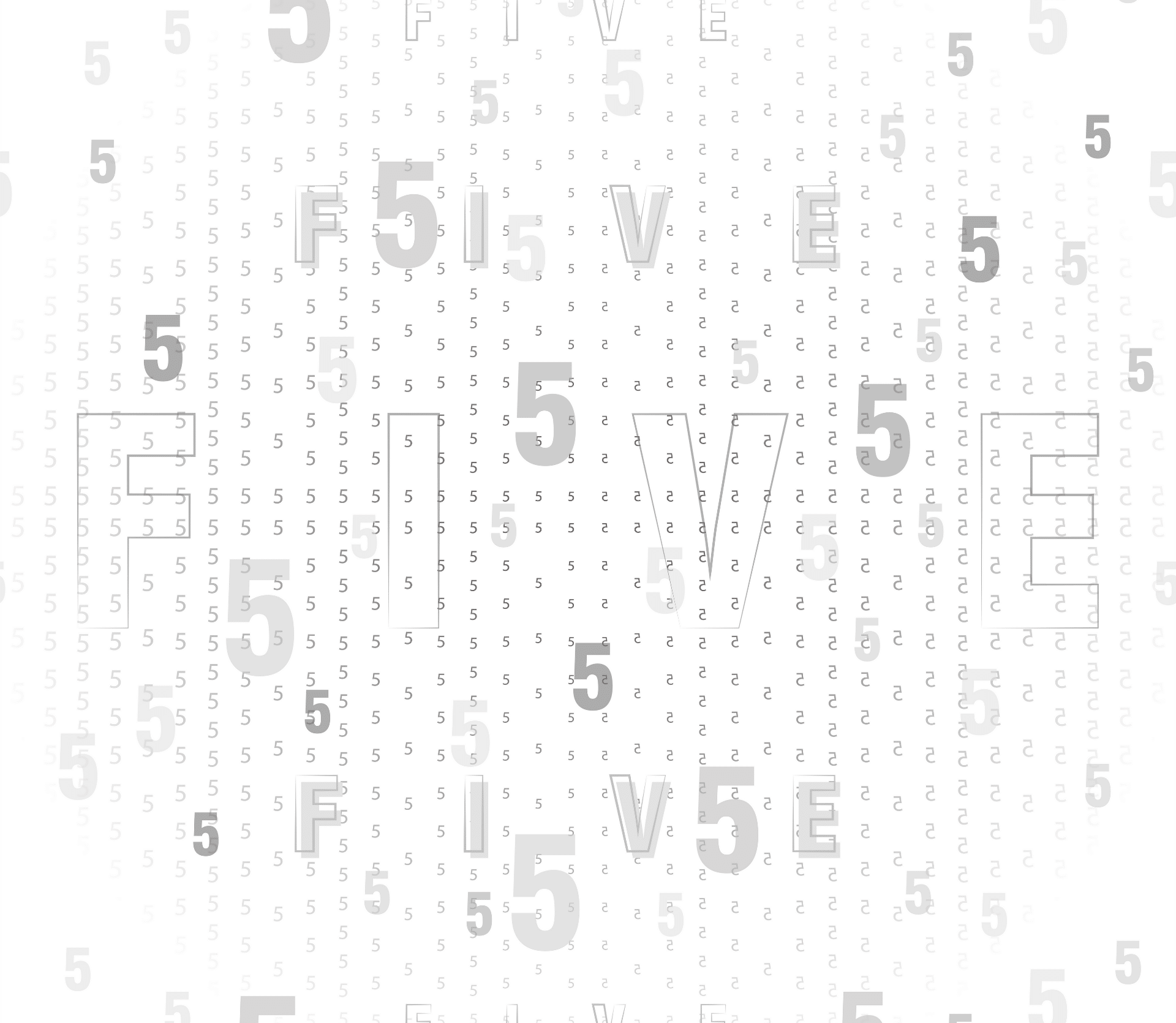 Did someone say tacos? This Friday, we’re talking about NPR working on different ways for users to engage with their podcast subscriptions, Apple potentially launching an audiobook service, and Taco Bell launching their Taco Lover’s Pass nationwide. We’re also discussing the total subscriber count for live TV streaming services, as well as the top downloaded apps across multiple categories in 2021.

NPR Doubles Down on Podcast Subscriptions

According to a report from Podtrac, NPR holds the second-highest number of unique monthly listeners, behind iHeartRadio. NPR hosts 18.65 million unique monthly audience members per month. With that huge reach, NPR wants to widen their podcast audience. The first of their offerings was NPR+, launched last summer, and now they want to further expand into the world of premium podcasting and all that it has to offer.

NPR+ is working on adding more content to its portfolio, Axios reports. They recently launched a new show, The Limits with Jay Williams, bringing NPR+’s total podcasts to nine. They also want to add shows like Life Kit, NPR Politics, Throughline, The Indicator, and Book of the Day. Jay Williams’ show will bring a new feature to the table that NPR+ has yet to try: exclusive content.

NPR’s VP, Joel Sucherman said, “For the first time, we’ll be adding some bonus content that’s available to subscribers. There will be a separate drop each week in the feed that subscribers to that podcast will have access to.” Sucherman added that NPR may also test perks like unedited interviews, member-only events, as well as merchandise.

There will also be an option to support local radio stations. NPR is planning to launch a subscription podcast bundle in the second half of 2022, says Engadget. This bundle will give station members wider access to an on-demand podcast library, as well as additional content. Sucherman said this library would be like PBS Passport and be different from NPR+.

NPR’s overall strategy is to keep their content portfolio available to wider audiences without the need for a subscription. However, subscriptions can create more access to those diehard podcast fans who want more chances to connect with their favorite shows.

Sarah Gilbert, the vice president for news programming for NPR, said, “It’s about the relationship that our journalists, our producers, our editors have with their audiences and their ability to create and craft new relationships.”

Apple’s relationship with audiobooks has always been a bit complicated. The tech giant has been selling audiobooks on the iTunes Store since its inception. They initially had a partnership with Audible, before Amazon acquired the company. If you wanted to listen to an audiobook, you’d have to scroll through the music section of your device at least until 2015, when Apple moved them to the Books app.

But there’s something new in the rumor mill: Apple could be looking into an audiobook subscription, according to a recent article in The Economist. Mark Gurman of Bloomberg says we can expect to see more services from Apple in 2022, and Apple will likely expand the Apple One program and better integrate services, Digital Music News reports.

Considering their time with Audible, creating a subscription for audiobooks would almost be a bit of a throwback. During their 2003 partnership, Audible users on Apple devices were able to participate in a monthly subscription plan, iDropNews reports. Currently, if you want to listen to an audiobook from Apple, you have to purchase from their Apple Books app. However, these are only sold as a one-time purchase, and you don’t have the option to listen to it over and over again, says Mac Rumors.

With Audible as a possible competitor now, Apple would have to beef up their features. For example, Audible allows users to return the audiobook they selected for the month if they didn’t like their first choice if you speak to customer service.

Streaming services for live TV have had quite the upswing as of late. In a report from MoffettNathanson, the total number for vMVPDs has passed 14 million, after adding almost one million subscribers during Q3.

The two top dogs? Hulu + Live TV, as well as YouTube TV. Hulu + Live TV added 300,000 subscribers in the third quarter, compared to 700,000 additions in the same quarter of 2020. YouTube TV added 225,000 subscribers, compared to 400,000 in the same quarter of 2020. Craig Moffett wrote, “No doubt part of the problem for vMVPDs is that their pricing is increasing converging on, well, reality.” That price increase likely contributed to some of the slower growth.

YouTube TV has had a rough go of it in 2021. They had to duke it out with Disney to prevent the Disney suite of channels from going dark, and to keep their subscribers. The contract between YouTube and Disney expired on December 17.

On their blog, YouTube posted, “We’ve held good faith negotiations with Disney for several months. Unfortunately, despite our best efforts, we’ve been unable to reach an equitable agreement before our existing one expired, and their channels are no longer available on YouTube TV. We will be decreasing our monthly price by $15, from $64.99 to $49.09 while this content remains off of our platform.”

Disney and YouTube TV were finally able to come to an agreement, but YouTube TV offered a $15 discount to affected members. NBCUniversal and YouTube TV also had a similar argument. However, YouTube TV wasn’t the only vMVPD that had a price fluctuation. The Streamable reports that DIRECTV STREAM went up by $10, and Sling TV increased by $5. fuboTV said they could afford to increase their price even more, even after a price increase in 2020.

However, MoffettNathanson thinks we could see more price increases in years to come. “Recall that the vMVPD category is still only around six years old. Six years ago, everyone burst out of the gate with eye-poppingly low prices. That helped them get out of the gate quickly, but it undermined their longer-term prospects in two ways. First, they naturally attracted price-sensitive customers, for whom regular price increase would be particularly irksome. Second, they painted themselves into the unenviable corner or having to raise prices even faster than their traditional distributor piers in order to accommodate the inevitable rate increase they would face from their content partners.”

With more price increases, we could see slower growth for vMVPD services. The slowdown can also be attributed to a righting of the ship following a wild wave of subscribers in 2020, and the fact that every single service, even the mighty Netflix, has to level off at some point.

Here’s where Taco Bell is thinking outside the bun: one taco is not enough to sustain a person for the whole day, so someone is likely to purchase more when they go through the Bell’s drive-through. Taco Bell is hoping that the addition of the Taco Lover’s Pass will be able to increase customer retention and help them learn about their diners’ habits.

Apptopia has released their top downloaded apps for 2021, both domestically and worldwide. In their report, they combined iOS + Google Play downloads, and combined both standard and “lite” versions of apps.

The top ten both domestically and worldwide have quite a few apps in common. The top two spots are the same, however. TikTok claimed the most downloads for both the US and worldwide last year, with Instagram taking second place. Other apps that are shared in both lists include Zoom, Messenger, WhatsApp, and Facebook. The US had one other outlier: the money-sharing app CashApp, which seized the number four spot.

In the entertainment category, we see a little more variation. In the U.S., HBO Max was the top downloaded entertainment app, and Netflix was the most downloaded worldwide. Other top apps in the U.S. include Netflix, Disney+, Peacock TV, Hulu, Tubi, Roku, Amazon Prime Video, and Discovery+. People want to take more of their content on the go!

In the music and audio category, Spotify is still proving they’re the top dog in music streaming, as well as getting into podcasts and possibly audiobooks. Pandora, Soundcloud, YouTube Music and Amazon Music were also mentioned.

In the business category, Zoom and Microsoft Teams reigned supreme. In the world of working remotely, more and more people are wanting different options for looking at screens. The Microsoft Authenticator app held the number five spot, and help us avoid having to remember the six-digit security codes Microsoft texts you. With just your face, you can authenticate that it’s you trying to log in!

Other highlights include Amazon holding the top spot in the shopping category, though this could change next year as global shopping apps gain ground in the U.S. In the list of top shopping app downloads worldwide, Amazon ranks fourth. DoorDash was the leader in the food & drink category. UberEats was third in food & drink, but its ridesharing sibling, Uber, took the crown in travel apps for the year.

Cryptocurrency was large enough of a platform that it warranted its own category in top downloaded apps. Binance was the top in the world, with big names like Coinbase being in the number three slot. The Match Group made waves in the dating category, owning seven of the top ten dating apps last year.

Visit Apptopia for the complete lists of most downloaded apps in the U.S. and worldwide for 2021.