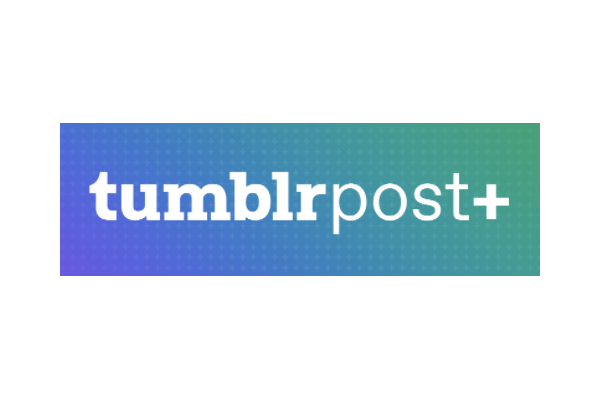 Earlier this week, Tumblr announced that it is beta-testing Tumblr Post+, a new subscription tool that helps creators monetize their work. Post+ is a completely optional program for creators. If they opt into the subscription program, creators can choose which posts to make public and which to make available exclusively to subscribers. Tumblr Post+ also provides a way for people to support their favorite creators through subscriptions.

“Creators are the backbone of Tumblr—whether they’re GIF artists, illustrators, comedians, cosplayers, or just really good ****posters. Since our founding, we have always believed in empowering the world’s creators to show off their best work. Post+ now gives these same creators the ability to earn money from their work,” said Tumblr in a July 21, 2021 post.

Though the subscription program is still in beta, at launch, creators will have the option to choose from a set of Tumblr-defined subscription pricing structures. Though Tumblr did not specify pricing or revenue share, TechCrunch reports that Tumblr Post+ tiered subscriptions will range in price from $3.99 to $9.99 per month with Tumblr taking a 5% cut.

“When Post+ fully launches, it will be available for anyone who wants to use it. Right now it’s still in its beta phase of testing. We want to make sure that everyone’s experience with Post+ is without any hiccups or bugs. We’re working with a very limited number of creators who are testing it out for us,” Tumblr wrote.

Founded in February 2007, Tumblr has expanded significantly in 14 years. It has become a digital canvas for creators to post text like blogs or quotes, photos, GIFs, videos, live videos, podcasts, audio and more. Tumblr is a digital destination to millions of people in millions of communities across millions of hashtags, Tumblr says on their website. Some Tumblr users are creators, while others follow conversations, communities, threads and hashtags as lurkers.

Here is the impact Tumblr has on the creative community and fans and followers:

Tumblr is a private company that has raised $125.3 million from 14 investors in six funding rounds, including four lead investors, according to Crunchbase. In addition to venture capital, Tumblr makes money from global advertising. Adding Tumblr Post+ as a new subscription service is the logical next step to secure recurring revenue while also remaining true to their mission of supporting creatives. Though Tumblr’s cut is only 5%, with millions of potential creators trying Post+, the subscription service has the ability to bring in substantial recurring revenue.