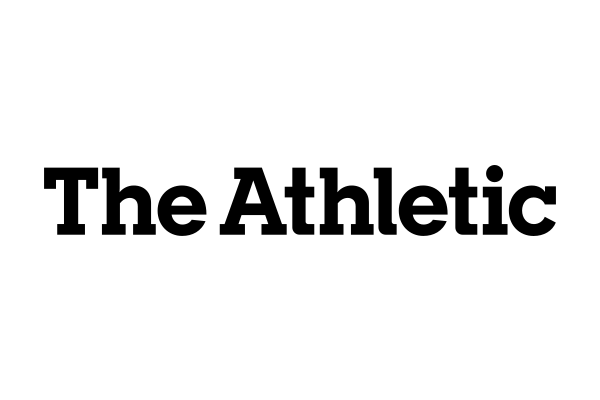 The New York Times Company started the new year with a bang, announcing Thursday plans to buy The Athletic for $550 million in an all-cash deal. The digital sports news outlet, which covers over 200 sports clubs and teams globally, has been on the market for some time. They had been hoping to garner $750 million, according to The Information. The New York Times Co. said they expect to close the transaction by April 1, 2022.

“Acquiring The Athletic puts us in a position to be a global leader in sports journalism and offer English speakers around the world another reason to turn to the Times Company to meet their daily news and life needs. The Times already provides distinctive sports coverage for a general interest audience as part of our core report,” said Meredith Kopit Levien, president and CEO of The New York Times Co., in a January 6, 2022 news release.

“As a stand-alone product, The Athletic will enable us to offer much more — extensive coverage for fans who seek a deep connection to and understanding of their favorite teams, leagues and players. With one of the largest dedicated teams of reporters covering sports globally and a commitment to everyday reporting, The Athletic is a great complement to The Times,” Levien added.

The Athletic, a subscription-based, premium sports news outlet, launched in 2016, initially covering sports in Chicago and Toronto. Snagging top sports writing and reporting talent from other news outlets, The Athletic rapidly expanded into other markets including Atlanta, Boston, Detroit, Los Angeles, Montreal, New York, Philadelphia, San Diego, Vancouver and others. In January 2017, The Athletic announced it had raised $2.1 million in seed funding. In August, The Athletic raised another $5.4 million in funding.

According to The New York Times Co., as of December 2021, The Athletic had 1.2 million subscribers. They currently employ about 600 employees, including 400 or so newsroom employees. Last year, The Athletic had $65 million revenue and operating losses of approximately $55 million.

Attracting investors and fans alike, The Athletic launched a subscription-based, ad-free product with a hard paywall. They justified the paywall by offering affordable subscriptions and exclusive content including articles, podcasts, photos, interviews, expert commentary, post-game report cards, Q&A sessions with writers and more. Subscriptions currently go for $3.99 a month, paid annually or $7.99, paid monthly. The site’s subscription page indicates the $3.99 a month offer, paid annually, is for the first year only. After the first year, the annual rate is $71.99.

“We started The Athletic to bring fans closer to the teams, players and leagues they love through deep, immersive journalism and storytelling. Today marks a thrilling milestone for that dream, one realized because of the hard work of every single one of our employees. We are proud to have The Athletic become part of The Times Company’s family of subscription products. When we founded the company, we hoped to become the sports page for every city in the world. We’re excited to continue serving our avid subscribers as we grow and scale with the help of the most important journalistic organization and the leader in digital subscription news,” said The Athletic’s founders Alex Mather and Adam Hansmann.

The New York Times said The Athletic will be immediately accretive to The New York Times Company’s revenue growth rate. This acquisition will dilute operating profits for approximately three years as the company scales subscriptions and builds an advertising business to support The Athletic.

After the acquisition closes, The Athletic will operate separately as a subsidiary of The New York Times Company. Hansmann will be the sports news outlet’s chief operating officer and co-president, and Mather will serve as the company’s general manager and co-president, reporting to David Perpich, head of standalone products for The New York Times Company.

“Strategically, we believe this acquisition will accelerate our ability to scale and deepen subscriber relationships. We are now in pursuit of a goal meaningfully larger than 10 million subscriptions and believe The Athletic will enable us to expand our addressable market of potential subscribers. Alongside our core news report, New York Times Cooking, New York Times Games, Wirecutter and Audm, we’ll have a more robust offering to engage the millions of subscribers we already have and convert many more new ones among our 100 million-plus registered users. Ultimately, The Athletic helps further our vision of making The New York Times the essential subscription for every person seeking to understand and engage with the world,” added Levien.

“While Wirecutter will continue to be an affiliate business, diversifying its revenue sources will help ensure its long-term success and independence, as well as unlock additional business value that can be invested back into the business to serve subscribers,” said Perpich in an August 31, 2021 news release.

“This change is also a continuation of The Times’s push to invest in product experiences that enrich subscribers’ lives beyond reading the news, following on the heels of NYT Games and NYT Cooking.”

The Athletic has been looking for a buyer, including The New York Times, for months. They had hoped for a valuation in the $750 million range. Among their suitors was The New York Times last summer, but the parties couldn’t reach a deal at that time. Though this deal isn’t what The Athletic had hoped for, it is still a sweet deal for the popular sports news startup that needs an infusion of cash to be sustainable. We have loved The Athletic’s business model from the beginning: subscription based, no ads, hard paywall, affordable subscription pricing. Unfortunately, it looks like their buyer is looking at a way to sprinkle some advertising into the model without alienating subscribers. Perhaps they’ll consider a tiered model that will still allow subscribers to select – and pay for – an ad-free option. We are eager to see how The Athletic evolves under The New York Times Company umbrella.