On July 31, streaming music provider Spotify reported it had reached 108 million premium subscribers at the end of the second quarter. This represents an increase of 8 million paying subscribers over the prior quarter and a 31% increase year-over-year. The total fell well within Spotifys guidance of 107 million to 110 million. Monthly churn decreased to a record low 4.6%, but student subscriptions were lower than targeted. Spotify said it missed the target due to poor execution, not due to a soft market.

Overall, the business performed well in the second quarter. A key metric that illustrates the health of our business is user engagement and this quarter, our users listened to more than 17 billion hours of content on the platform, up 35% year-over-year, said Daniel Ek, co-founder, CEO and chairman, on the July 31 earnings call.

And as you saw in our shareholder letter, all of our key metrics finished within or at the high end of our forecast except for quarter-ending subs. Our goal is to land at roughly the 78th percentile of our guidance, and we missed on subs. That’s on us. The good news is the shortfall was execution-related rather than softness in the business, and we expect to make up the lost ground before year-end, Ek added.

Financial highlights from the second quarter include the following:

Operational highlights for the quarter include:

Spotify offered the following guidance for the third quarter:

Whats Ek? Ek said on the earnings call that the company would continue to invest in its product capabilities and its content portfolio. And, of course, theres that pesky antitrust complaint Spotify filed in the European Union against Apple.

Spotify cranked out a pretty solid quarter with increases in revenue, premium listeners, listener hours, ad growth and product experimentation. And, of course, we cant overlook the fact that the companys loss is significantly less. With a solid premium user base and a plan to continually improve the user interface while adding new content, Spotify looks like it will continue into the third and fourth quarters with a solid plan and strong financials. 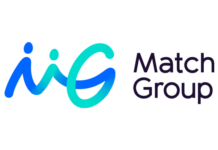 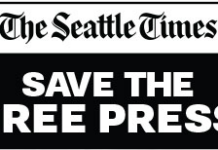