Wrapping up its fiscal year 2020, Microsoft CEO Satya Nadella said the company’s Productivity and Business Processes and Intelligent Cloud segments saw an increase in cloud usage and demand with more people working from home during the pandemic. This contributed to the company’s $38.0 billion in total revenue for the fourth quarter, a 13% increase year-over-year. For the period ended June 30, 2020, Microsoft also reported operating income of $13.4 billion, an 8% increase. Net income for the quarter was $11.2 billion, or $1.46 per share, a decrease of 15% (GAAP).

“The last five months have made it clear that tech intensity is the key to business resilience. Organizations that build their own digital capability will recover faster and emerge from this crisis stronger,” said Nadella. “We are the only company with an integrated, modern technology stack – powered by cloud and AI and underpinned by security and compliance – to help every organization transform and reimagine how they meet customer needs.”

Other highlights from the quarter include:

Though not noted in the financial report, Microsoft replaced dozens of jobs in editorial by using AI to aggregate news for Microsoft News, MSN and Microsoft Edge.

Financial highlights for the full fiscal year 2020 include:

In addition to these highlights, Microsoft released an 18-page list of product additions, improvements and new releases. Here are just a few.

Microsoft had a strong fourth quarter, wrapping up an excellent year. For the quarter, the company saw increases in virtually every category except net income and search revenue. Their cloud businesses remain strong, and Microsoft was able to contribute to the successful transition of working from the office to the home for countless businesses during the pandemic. Gaming revenue saw a significant increase, which can be attributed to record engagement during stay-at-home orders and popular third-party games. We expect to see more of the same, including increased cloud usage and demand, during the first quarter of Microsoft’s fiscal year 2021 which is already underway. 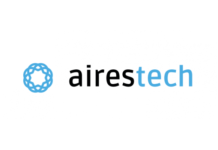