In this week’s subscription news headlines, Spotify reports that more than 13,000 artists’ catalogs earned at least $50,000 in royalties last year, GameRant says that PC subscribers of Xbox Game Pass don’t get the same selection as console users, and there are rumors that MoviePass could be making a comeback. Also, Coca-Cola is trying vending machine subscriptions in Japan, Unagi e-scooters are rolling into Seattle, and publishers are finding audiences – and considering monetization opportunities – in Clubhouse.

The Life, Death and Potential Rebirth of MoviePass
Complex

Publishers Are Finding Audiences on Clubhouse and Eyeing Monetization
Digiday 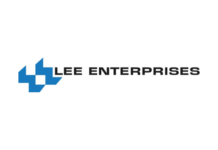