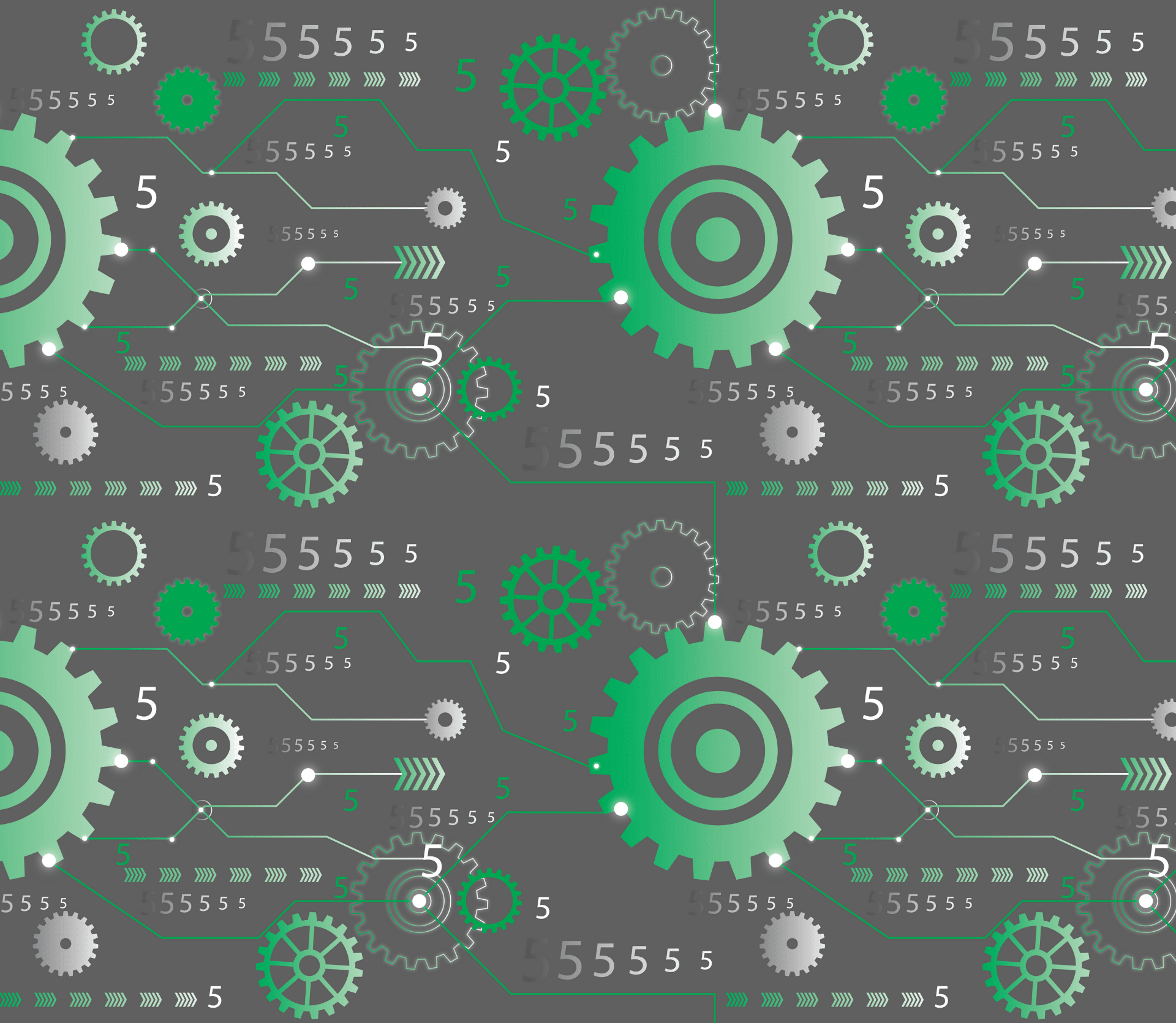 The internet, while normally on fire with subscription stories galore, was on fire itself this week. We’ll explain why in this week’s edition of Five on Friday. We’re also talking about Tinder and Spotify cozying up to each other with Music Mode and how they’re helping people stay connected during the pandemic. In other news, Microsoft is trying to convert those with pirated software into subscribers, DoorDash hopes to compete against other delivery services with DashMart, and New York Times launches another audio product. We’re going to wrap things up with the biggest headline: Amazon Web Services being down and how it affected the retail giant itself.

Spotify and Tinder Pair Up for a Different Kind of Experience

Tinder wants to enrich those who are looking for love mid-pandemic. Since the launch of Explore, their latest interactive feature, they have been more popular than ever. Eighty percent of members have visited the Explore feature since it launched last fall, Tinder reports. Next, Tinder plans to add a different kind of experience: Music Mode in partnership with Spotify.

This isn’t Tinder’s first match-up with Spotify. Since 2016, users have been able to declare their Anthem. This allows a subscriber to pick a song they feel represents them. Users were also able to see potential matches’ top artists on Spotify, allowing more musical matches to be made. In Tinder’s December 9, 2021 press release, they noted that about 40% of Gen Z members have already added Anthems to their profile. When there is an Anthem in their profile, Tinder has seen a 10% increase in matches. Music Mode creates a more immersive Tinder experience. With this new mode, 30-second looped previews of Anthems from users’ profiles will automatically be played when someone taps on their profile. This will add another layer to potential connections, despite the omicron variant’s attempts to keep people apart.

Kyle Miller, vice president of product innovation at Tinder, said, “Now with Music Mode, our members can experience that feeling when you’re at a party and you find out someone else loves the same songs you do. Songs are deeply personal, and Music Mode is a place to spark something new through music.”

Since its inception, Microsoft Office has been notoriously pirated. Now, they’re trying to turn the tables. Microsoft is offering a 50% discount to software pirates that buy a legitimate copy of Microsoft Office.

Ghacks reports that those with a pirated version of Office will get a message on their ribbon bar, reading “Get up to 50% off. For a limited time, save up to 50% on a genuine Microsoft 365 subscription.” If one clicks on the message, it will take the user to a landing page that will educate them on the risks involved using pirated software. Microsoft lists these risks as security threats, loss of data, lack of support for updates, malware, identity theft, and more.

Users can choose between a personal or a family plan for Microsoft 365. Subscribers can get up to half off their first year of Microsoft 365, bringing the price of a personal subscription to $34.99, and a family subscription to $49.99. It is worth noting that this is only a discount for Microsoft 365, not the perpetual 2021 version of Office. This offer is only available to eligible customers. In order to get access to the discount, you have to login to your Microsoft account. If there is a genuine license linked to your account, you will not be able to access this benefit.

Microsoft has been using “get genuine Office” banners in its pirated versions for years, but a move like this is more rare, reports The Verge. The tech giant doesn’t often discount its services, let alone discount them for pirates. It could be due to the fact that it is continuous revenue, or because Microsoft is trying to boost its subscription numbers past the 50 million mark.

Neither AWS nor Amazon were smiling last Tuesday when there was a massive Amazon Web Services outage because their network devices were overloaded. When trying to announce to the public what was happening, Amazon ran into some issues, and are trying to ensure such problems don’t occur in the future.

The issue started at their data center in Virginia, CNBC reports. “An automated activity to scale capacity of one of the AWS services hosted in the main AWS network triggered an unexpected behavior from a large number of clients inside the internal network,” Amazon wrote on their website.

This, in turn, resulted in a large surge of connection activity that overwhelmed networking devices between their internal network and the main AWS network. This overwhelm led to delays for communication between these networks, and eventually led to congestion and performance issues on these devices. This congestion impacted AWS’s internal operations teams, meaning they couldn’t initially identify where the congestion was.

However, millions of customers rely on AWS, and it caused several outages across various services. Disney+, Netflix, Slack, Robinhood and Coinbase were among hosts reporting issues with their servers due to the outage, NBC News reports. Household items were also affected, including Roomba vacuums, smart cat litter boxes, Ring security cameras, and more.

Amazon itself was even brought to a standstill, says CNBC. Drivers couldn’t scan packages or access their delivery routes. Ultimately, they were sent home, Bloomberg reports. Their warehouses and workforces were brought to a halt. Third-party sellers couldn’t access their sites that were used to facilitate their orders. Customers were unable to create support cases for seven hours during this disruption, creating an even bigger divide between Amazon and their customers.

AWS is working to improve their system to better troubleshoot should this happen again.

“We expect to release a new version of our Service Health Dashboard early next year that will make it easier to understand service impact and a new support system architecture that actively runs across AWS regions to ensure we do not have delays in communicating with customers,” AWS said.

“Finally, we want to apologize for the impact this event caused for our customers. While we are proud of our track record of availability, we know how critical our services are to our customers, their applications and end users, and their businesses. We know this event impacted many customers in significant ways. We will do everything we can to learn from this event and use it to improve our availability even further,” added AWS.

Axios offered some details about the New York Times Audio app. The app is curated by Times’ journalists and editors. There is a selection called “Magazine Stand,” which features narrated pieces from The Times, as well as publishers it works with as part of Audm. Participating publishers include New York Magazine, Rolling Stone, and Foreign Policy. The app also features a carousel that will make it easier for podcast listeners to find their favorites from Serial Productions.

Since The New York Times Company acquired Audm in early 2020, listeners have been patiently waiting for an audio app from the legacy newspaper. The company announced they were building out an audio app in October, but they were radio silent until now.

They have officially announced the beta testing of New York Times Audio. With this invite-only testing, participants will be given access to the free app designed to offer the full range of their audio journalism capability. There will be narrated articles, podcasts and audio content from premier publishers. Currently, the beta is only available to those with an iPhone on iOS 14 or later and listeners in the United States. Participants can expect to use the app “just as they would any other.” They will periodically be asked about their experience on the app, such as things they like and what content they’d want more of.

Right now, it appears that there are three sections users can choose from: Today, Browse and Following. Today will be your home screen, and there will be a top audio item to listen to that day, as well as other types of content that could be interesting to a user. The Browse tab will allow users to search for audio content based on the topic, length or mood. The Following tab will allow users to customize their feed with what they want to see more of and create a personalized queue.

Malay Mail shares that while this app is new, the Times has been building up their audio content for a while. The news giant launched The Daily in 2017, and the news podcast has millions of listeners per day and is the third best podcast on Apple. With all of its audio content, the Times reaches 20 million people per month. With an app, this would make content more easily accessible, and they could extend far beyond than 20 million people per month.

DoorDash has been one of the leading names in food delivery since its launch. They have expanded past just food delivery, and now can deliver pet food, flowers, and gifts with just the click of a button. Recently, they added grocery delivery to most markets. However, they are looking to make grocery delivery even faster with their newest launch: DashMart.

In their latest press release, DoorDash talked about their new grocery delivery tactic. Launching in New York City, over 2,000 items can be delivered to a customer within 10 to 15 minutes. Their first launch will be in Chelsea, but there will be more partners and locations in the coming months.

“As the largest and most reliable logistics network in the US, DoorDash is positioned to enter this emerging industry and provide consistent quality, speed and convenience that customers know and trust. Most New Yorkers already turn to DoorDash for their next meal or essentials purchases, which puts us in an exciting place to deliver on the promise of ultra-fast delivery,” the President of DoorDash said. “Our goal is to expand this offering to select grocery and convenience partners.”

Customers within the delivery zone will be able to go to their DoorDash app or website for delivery. DashPass customers will have no delivery fee, as well as reduced service fees. DashMart in Chelsea will be open from 7 AM to 2 AM daily, allowing everyone to get their favorite bacon-egg-and-cheese or favorite midnight snacks. To reduce food waste, DoorDash will donate excess DashMart produce to the Chelsea Community Fridge & Cupboard.

When thinking about expanding, DashMart’s slim delivery window may be a little challenged. CNN reports that then they talk about expanding, that window might change a little bit. New York is densely packed, where more suburban areas have more expansive delivery drives. The concept is good; the proof will be in the execution.