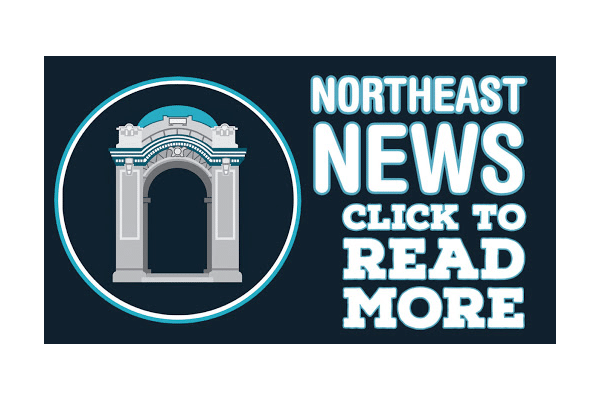 The Northeast News Gets Readers’ Attention with Blank Front Page

And not posting online stories or answering phones for 24 hours

The Northeast News in Kansas City, Missouri got the attention of readers after publishing a blank front page on March 24. The newspaper also chose not to post any new stories online or answer their office phones for 24 hours, reports the Associated Press. The weekly newspaper tried the experiment to show readers what would happen if the newspaper shut down. In the week following the blank front page, the newspaper received over $3,000 in pledges, including a donation from Florida. In addition, the newspaper attracted new advertisers, helping the 89-year-old newspaper stay afloat a bit longer.

In a March 24 column titled “You decide: the future of Northeast News,” Abby Hoover, managing editor, explained that this experiment could become a reality for hyperlocal newspapers like The Northeast News.

“Imagine a world where people only get their news from social media. Better yet, imagine a Northeast where residents and neighbors don’t get the news. While many in the ZIP codes the paper serves have the privilege of internet at home, like many urban core areas in Kansas City and throughout the U.S., more than a few do not, and they rely on this print product for vital information,” Hoover wrote.

She also noted that the newspaper has provided vital information to readers throughout the pandemic.

“The Northeast News is proud to remain a free service to the community for nearly 90 years, never charging subscription fees or putting up paywalls for any type of content. Even as a “for profit” company, none of the staff is in it for the money. Journalism is a public service playing by the rules of private enterprise, and it’s not profitable. Because its publisher sees the value in providing local news to an under-served community, The Northeast News relies largely on advertisers to keep the lights on and the presses running,” said Hoover.

Because of the pandemic, many small businesses were affected, and they could no longer afford to advertise, dramatically reducing the newspaper’s revenue. Among them are several laundromats, a grocery store and a charter school, leaving the newspaper without $2,700 in monthly revenue as a result. As the community rebounds, Hoover said she hopes that businesses will once again choose to advertise with the newspaper to reach the residents of northeast Kansas.

Hoover also pointed out that the newspaper’s employees live in the area, and they cover stories forgotten or overlooked by larger newspapers like the Kansas City Star. They work hard to provide news and information to their communities, but they can’t do so without money coming in the door.

“The truth is, we have a 60-day lifespan if something doesn’t change. The Northeast News is produced every week on a shoestring budget. We’ve been desperate before. Many will remember in 2017 when we thought our doors would close. Since then, we’ve done everything in our power to continue our mission of providing community centered news to the Northeast,” Hoover said.

The managing editor concluded her column with an ask:

“We challenge you, dear reader, to think about what value The Northeast News adds to our community. If you see its value, consider contributing a voluntary weekly subscription or making a one-time donation on our website, and think about where you spend your dollars,” Hoover said.

We often hear the phrase “local journalism is dying.” We don’t believe it is dying; in fact, it is more important than ever for hyperlocal newspapers like The Northeast News to continue to serve their community. What is dying is the old business model, something most media outlets experienced during the pandemic. When times are tough, advertising is often the first expense to go, which dramatically hurts newspaper who rely on that advertising for operational income. Those who have been successful, or not as hard hit, look to diversified revenue streams like subscription revenue, advertising, events, affiliate revenue and other sources. We hope The Northeast News makes it, and that more newspapers like it can be saved. They are too important to communities across the country to let them go without a fight.