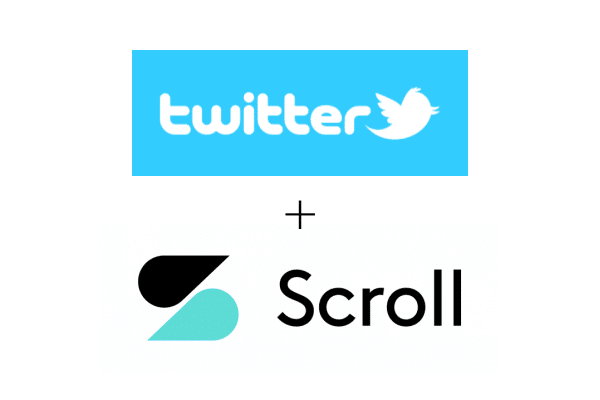 Scroll, an ad-free, distraction-free reading subscription service, is shutting down in about 30 days. Instead of being available as a standalone service, Scroll will be absorbed by Twitter Blue, a subscription service Twitter is currently testing in Canada and Australia, reports TechCrunch. When Twitter purchased Scroll in May, the social media platform said Scroll would become part of an “upcoming subscription offering,” and that promise is coming true.

In an email to Scroll subscribers, and shared with TechCrunch, Scroll says, “Subscribe to Twitter Blue when available to continue to read fast-loading, ad-free articles, while supporting journalism on your favorite sites.”

When Scroll was acquired by Twitter in May, Mike Park, vice president of product for Twitter, shared their strategy for the acquisition.

“People come to Twitter every day to discover and read about what’s happening. Publishers, journalists, and writers drive this conversation, keeping the world informed and igniting discussions around the news, issues, and topics we collectively care about. If Twitter is where so much of this conversation lives, it should be easier and simpler to read the content that drives it,” said Park in a May 4 blog post.

“This is an exciting opportunity for us to introduce this proven model to publishers on our service and make reading the news better for everyone involved. Looking ahead, Scroll will become a meaningful addition to our subscriptions work as we build and shape a future subscription service on Twitter,” Park added.

On Scroll’s website, the company indicates that are in private beta, so they are not taking new subscribers. However, Scroll says they are open to new publishers. The company boasts the following results for publishers:

Though Scroll will no longer be available to existing subscribers in its current form in about 30 days, Scroll says that Twitter will help them reach 200 million of “the most news-obsessed people on the planet.”

In June, Twitter launched their first subscription service, Twitter Blue, in Canada and Australia. Priced at $3.49 and $4.49 respectively in local currency, Twitter Blue is estimated to be priced at around $2.99 in the U.S.

What exactly is Twitter Blue? It is a subscription service that will allow power users to access premium features, including:

“We’ve heard from the people that use Twitter a lot, and we mean a lot, that we don’t always build power features that meet their needs. Well, that’s about to change. We took this feedback to heart, and are developing and iterating upon a solution that will give the people who use Twitter the most what they are looking for: access to exclusive features and perks that will take their experience on Twitter to the next level,” said Sara Beykpour, senior director, product management, and Smita Gupta, senior product manager, for Twitter in a June 3, 2021 blog post.

What we don’t know is when Twitter Blue will come to the U.S. Most likely, Twitter is testing the subscription service on a limited basis to work out any kinks first. They want feedback from users, so they can tweak Twitter Blue’s features if needed. If Twitter intends to shutter Scroll in 30 days though, it seems like that might be a good time for Twitter to roll out Twitter Blue in the U.S.