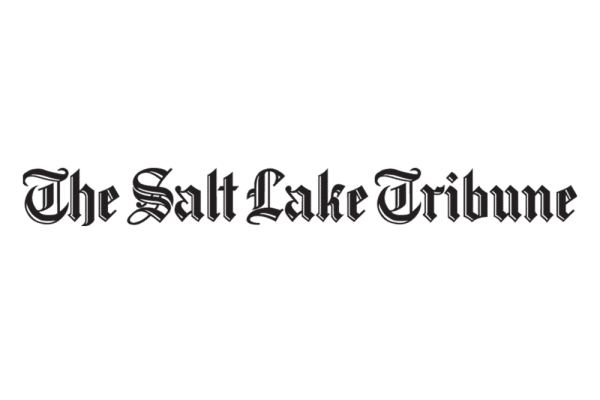 New Year’s Eve marked the end of an era for the Salt Lake Tribune. On December 31, 2020, the Salt Lake Tribune printed its last daily edition of the nearly 150-year-old newspaper. Instead of a daily paper, the Salt Lake Tribune will print a weekly newspaper. Yesterday morning, Tribune subscribers in Salt Lake, Utah, Davis, Summit, Ogden, Logan, North Logan and Tooele counties and in the city of St. George received their first weekly newspapers via carrier route. Subscribers in located in other areas of Utah will get their weekly print editions by mail early in the week, according to the Tribune’s subscription page. The newspaper will also be available for purchase at grocery and convenience stores.

End of JOA with Deseret News

The news was originally announced by The Tribune in October when the Deseret News, another Salt Lake City-based daily newspaper, announced they were ending their joint operating agreement (JOA) with The Tribune at the end of the year.

“The move ends a 68-year-old business contract, but it means something more basic to print readers — a vanishing cultural mainstay. Millions since 1871 have enjoyed crisp copies of The Tribune left in their front yards or stacked into sidewalk racks across Utah and the Intermountain West each morning,” wrote Tony Semerad for the Tribune on October 26, 2020.

“The Tribune said the move won’t diminish its journalism, and that there are no plans to reduce the newsroom staff of about 65 due to the decision, though some employees will be redeployed. Nor will its approach to breaking news change, its board said, with reporters and editors filing stories continuously on its website,” Semerad added.

Other changes Tribune subscribers can expect

Other changes for the newspaper have been planned as well, including some that have already been implemented. The newspaper will be redesigned, and The Tribune’s mobile app will be updated. Content will also change a bit. In the new weekly edition, Tribune subscribers will receive current news, analysis, investigative reporting, profiles, powerful photography and more in-depth coverage of politics, religion, business, sports, arts and culture. The weekly edition of The Tribune will also include stories from The New York Times, the Associated Press, and other news organizations, along with obituaries and other Sunday features.

“While we mourn the loss of our daily print edition, we eagerly embrace the opportunity of bringing an exciting new weekly product to our readers’ homes. It will feature the journalism Tribune readers have grown to trust and expect, along with new elements – all packaged in an energized edition,” Noyce said.

A new era for The Tribune

Paul Huntsman, The Tribune’s primary financial backer, bought the newspaper from Alden Capital in 2016. At a news conference, Huntsman said that print advertising and paid circulation revenue have been on the decline for a decade, particularly with the onset of the coronavirus pandemic. Huntsman said he believes that the new weekly format will revitalize the newspaper and improve the newspaper’s chances of achieving profitability and long-term sustainability. At the same time, Tribune subscribers will enjoy the exclusive content.

“Digital is our present and our future. Imagine the best of our enterprise, our big packages and all the extra features we now do during the week, all crammed into one weekend edition. That’s a great newspaper,” said Noyce.

The Tribune reports that the newspaper’s online audience continues to grow with hundreds of thousands of readers accessing news at SLTrib.com and via their mobile apps each week. Four out of five readers get their news digitally. Prior to the move to a weekly print edition, The Tribune had daily circulation of about 36,000, down from 61,000 in 2014 and 200,000 at the newspaper’s peak.

The weekly edition of The Tribune is about $5 per week, depending on the length of subscription. Mail delivery and home delivery cost the same. The newspaper’s website offers the following subscription options:

These changes come about 14 months after The Salt Lake Tribune was granted 501(c)3 nonprofit status by the Internal Revenue Service. This was the first time the IRS has granted a daily newspaper nonprofit status. As part of the change, Huntsman turned over the newspaper to a public board of directors. He will serve as chairman of the board. At the time, Huntsman said the current business model for local newspapers was broken and beyond repair.

I think most would agree with Huntsman that the daily newspaper business model is broken, and it has been for quite some time. The pandemic accelerated the decline, as the demand for news grew, but ad revenue dropped because small businesses could no longer afford to advertise. Only newspapers like The New York Times and The Washington Post have figured out a way to be profitable. By becoming a nonprofit and moving from a daily to a weekly, The Tribune may be able to salvage its readership and continue to serve Utah readers with the reporting they’ve come to expect from the newspaper. While sonme readers will be sorry to see the daily print edition go, this move could help The Tribune become sustainable.