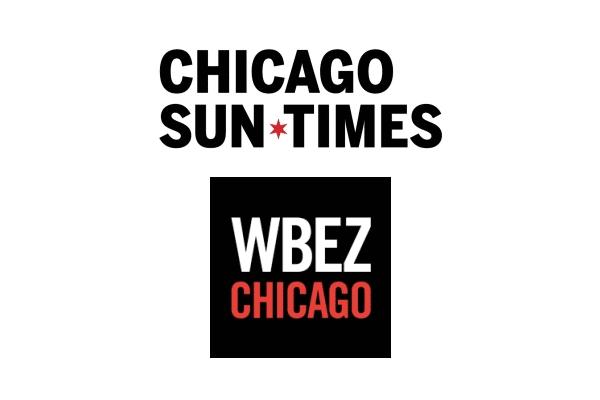 The deal has the potential to create one of the largest local nonprofit news organizations in the U.S.

According to a September 29, 2021 news release, the media organizations would still serve their respective audiences, but they’d have the ability to expand their coverage and reach a more diverse cross-section of audiences across platforms. If the deal goes through, the organizations are hoping to finalize it by year end.

“This opportunity arrives at an urgent time for local journalism, as newsrooms across the country and in our own region are being diminished or disappearing altogether amid significant disruption in traditional news business models,” said Matt Moog, interim CEO of Chicago Public Media, in the news release.

“Local journalism has never been more important, nor has it ever been at greater peril, and this has the potential to be both a light and a hope for Chicago news. Community-centered, independent, inclusive and representative, fact-based journalism is a public good that contributes to a healthy democracy and stronger communities,” Moog added.

“Chicago is an innovator in and across many industries. Nothing precludes it from being an innovator in journalism, too, and I am excited about the chance to establish a new model of local journalism in Chicago for many years to come,” said Wright. “This would allow us to invest in our people, improve the news products we create, and strengthen our digital future.

“Chicago Public Media’s mission is ‘to serve and inform the public and connect diverse audiences by telling stories that matter, that provoke thought, entertain, capture emotion and inspire action,’” said Tracy Brown. “Together we will better serve our mission with journalism that is human-centered, solutions-oriented and transformational, but reach more people whose lives our work greatly impacts. We talk a lot about building a more empathetic Chicago. This is an opportunity to do just that.”

Under the umbrella of Chicago Public Media, the Chicago Sun-Times would become a nonprofit news organization which has the early support of the John D. and Catherine T. MacArthur Foundation and the Pritzker Traubert Foundation.

In an interview with Mark Jacob of the Medill Local News Initiative on October 7, Moog and Brown spoke in more detail about what a merger might look like. When asked how WBEZ and the Sun-Times newsrooms might join forces, Brown said that will be a process that will evolve over time.

“Our missions may be a little different, but in terms of serving the community in some different and transformational ways, this is an opportunity for us,” Brown told Jacob. “So I see us pretty much working very closely together. It’s just a matter of figuring out what that looks look.”

Jacob asked Moog if there had been any conversations about reducing the Sun-Times’ frequency from a seven-day-a-week newspaper. Moog said they want the paper to be “healthy” and to have broad circulation. At this time, they don’t have plans to reduce the print schedule, but it could be a possibility.

Having grown up in the Chicago Sun-Times circulation area, this is an interesting move to me. The Chicago Tribune, which was recently acquired by hedge fund Alden Global Capital for $633 million, had the reputation for quality journalism, while the Sun-Times was more like the New York Post. Not only is the Sun-Times a tabloid-format paper, but headlines were sometimes sensational. To hear them partner with a public radio station like WBEZ is a bit of an anomaly, but the partnership could greatly benefit both organizations. With an unknown future for the Chicago Tribune under Alden’s ownership, this is prime time for the Sun-Times to garner market share and snap up talented journalists looking for a new home.