Hedge fund Alden Global Capital closed out 2020 with an offer to buy Tribune Publishing for $520 million, according to a filing with the Securities and Exchange Commission. Alden currently owns 31.6% of the company. Alden made the nonbinding proposal and preliminary inquiry on December 14, offering $14.25 per share to the remaining shareholders. The SEC filing comes just two days before Tribune Publishing announced the closure of the sale of its ownership in Best Reviews LLC to Nexstar for $160 million.

At the time the offer was made, $14.25 per share represented an 11% premium on the stock price. As of 4:02 p.m. Eastern yesterday, Tribune Publishing’s stock value was $15.14 per share, dropping the offer below current market value.

“We believe that, as a private company, Tribune would be able to unlock significant strategic and financial value,” wrote Alden’s Randall D. Smith in a letter to Tribune Publishing’s board of directors.

Smith, 77, is the co-founder of Alden Global Capital. He joined Tribune Publishing’s board in July 2020 when Tribune expanded its board from six to seven members. His addition to the board, along with Dana Goldsmith Needleman and Christopher Minnetian, are due to be approved at the 2021 annual shareholder’s meeting scheduled on or before June 15, 2021.

Prior to that meeting occurs, Alden had previously agreed to “standstill restrictions”. These restrictions prohibited the hedge fund from buying more than 33% of Tribune Publishing’s outstanding shares of common stock, forming or participating in a group related to the company’s voting securities, and seeking to control or influence the management, board or policies of the company. However, loopholes seem to have made a hostile takeover and an accelerated timeline possible. Alden now has three members on the seven-member Tribune Publishing board, according to the December 14, 2020 SEC filing.

On December 31, Tribune Publishing announced that it had designated a special committee of three independent members of the board of directors to review the acquisition proposal made by Alden. The committee is supported by Lazard as a financial advisor and Davis, Polk & Wardell LLP as legal counsel.

“No assurance can be given that Alden’s proposal, or any other transaction, will be consummated. The company does not intend to disclose developments regarding these matters unless and until the special committee its board of directors determines there is a need to update the market,” said Tribune Publishing in a news release.

In a January 5, 2021 news release, the Chicago News Guild has called for the removal of the three Alden members of the Tribune Publishing Board – Smith, Goldsmith Needleman and Minnetian – because of a breach of fiduciary responsibilities. According to the News Guild, Alden failed to publicly inform investors of its “new plans and proposals within the time limits required by law.” They also said Smith showed a “disturbing abuse” of his position on the board.

“The dealings outlined in Alden’s own filings about these proposed transactions show that Alden representatives who serve on the Tribune Publishing board have put their own interests ahead of shareholders, and they should be removed from the board,” said Jon Schluess, president of The NewsGuild-CWA, parent union of the Chicago News Guild.

“Alden is treating Tribune shareholders with the same disrespect it has for its employees, the newspapers they own and the communities they serve,” Schleuss added.

The NewsGuid-CWA predicted a takeover move by Alden in a September 11, 2020 statement where they said Alden could go after ownership of Tribune Publishing as early as January 1.

“Alden has made a fortune by preying on American newspapers,” said Schleuss. “The news that it is planning to expand its influence should serve as a dire warning about the threat it poses to access to quality local news in cities and towns across America.”

In an email published by Poynter, an Alden spokesperson said, “The union has its facts wrong and has reached several incorrect factual and legal conclusions. Most importantly, as our letter makes perfectly clear, our offer was made in conformance with legal and fiduciary requirements. And obviously the SPAC (a separate acquisition company related to Alden) has nothing to do with Tribune.”

This is going to get ugly. Alden has been trying to acquire Tribune Publishing for a while, and despite “standstill restrictions” which apparently include loopholes, the company is moving aggressively toward taking the company over before the anticipated June timeframe. While shareholders and Alden will benefit from the agreement, the hedge fund will likely gut Tribune Publishing as they have other newspapers they’ve acquired in the past. In addition, access to community news is likely to diminish and Tribune Publishing will face even deeper cuts and layoffs. In this case, it seems that the rich will get richer, but everyone else will suffer, particularly Tribune employees and subscribers. 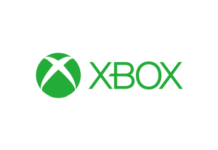