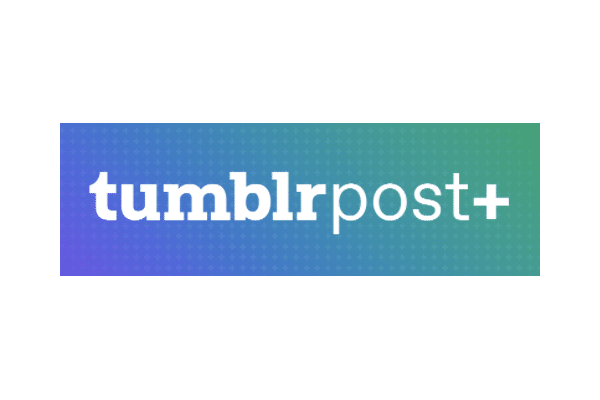 Despite significant controversy when Post+ initially launched to a select group of users in July, Tumblr has opened up its paid subscription offering Post+ up in beta to Tumblr users in the U.S. The company made the open beta announcement Tuesday, revealing that the product continues to evolve to meet user needs. This includes improvements Tumblr made based on feedback.

For example, Tumblr content creators have four price points – $1.99, $3.99, $5.99 and $9.99 – to charge subscribers for exclusive content. In addition, archived posts can be Post+ posts, users can block subscribers without having to go through support, and they have eliminated Post+ avatar badges. Tumblr will take a 5% revenue share processed through Stripe, according to TechCrunch.

“It’s for Tumblr (you). It’s from Tumblr (us). It’s Post+,” said Tumblr in their September 21, 2021 announcement. “We’re excited to tell you that if you’re in the US, you can now offer those fans a little more. Diehard fans and new audiences across the globe can support your supreme creations for as little as $1.99—right from the comfort of their dash. This means more jokes, more marine biology memes, more (sporadic) sticker stock updates. Mash up all the media in one place with flexible and easy-to-use tools—image, music, text? Our post editor has ‘em all. And there’s no minimum follower count or posting quotas to meet—if you make stuff people like, you’re in.”

As we explained in our August 6 Five on Friday column, Tumblr received a lot of backlash from users. When Tumblr made its initial announcement about Post+, their post had 63,000 reactions (likes, reblogs, comments). One Tumblr creator even went so far as to create a protest account (@postplus-protest) and a protest was planned for August 6 Eastern time during which users were asked to log off Tumblr and remain off the site for a full day. Additional protesting is scheduled for October 1 and 2. So far, “The Post Plus Protest is coming! Updated Edition” has received more than 98,100 comments as of 4:47 p.m. Eastern yesterday. They’ve even created optional avatars and banners for Tumblr creators to use to show their displeasure.

Not everyone agrees, and Tumblr has tried to address some users’ concerns with the changes noted above. They encourage Tumblr fans and creators to continue to share their feedback.

“We love hearing from you, and the best way for us to know what you want is for you to tell us about it, so please keep telling us. ^-^ over on WIP. Or via a support ticket…,” Tumblr said. “It’s all yours, always. Take it away, Tumblr.”

It is always difficult to take something that people have always gotten for free and then to start charging for it. The news industry was probably the first industry to fight this business model shift. People were used to getting online news for free, and they didn’t want to pay for it. Those readers also didn’t want to pay for ads so readers installed ad blockers. Despite those tactics, news organizations needed a sustainable business model and paywalls and digital subscriptions were gradually accepted.

Now services like Twitter and Tumblr, which have always been free, are facing similar challenges. They need consistent, sustainable recurring revenue, and their creators want to be compensated for their original work whether it is audio, video, manga, writing or some other type of content. This is an uphill battle on both sides, and Tumblr isn’t the first, nor will they be the last, to face it. We don’t expect Post+ to go away, but ultimately, the users who are truly offended by the new subscription product won’t use it, and they’ll find another platform to publish to.