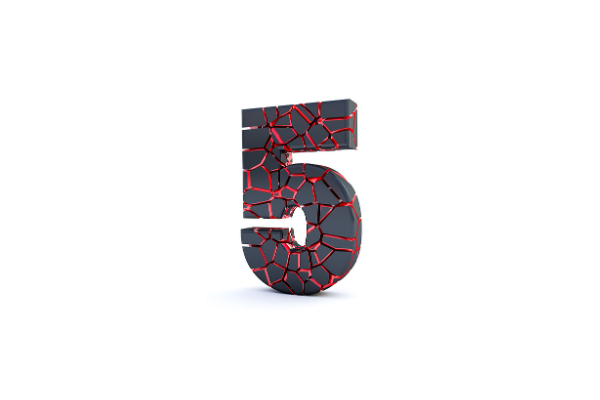 The media, movies and millions round out this week’s Five on Friday feature. Our stories include the Philadelphia Inquirer cutting out most of the comments from its site, West Virginia-based HD Media suing Facebook and Google for ad dominance, and Vimeo, who is spinning off from IAC, raising $300 million in funding. The company is now valued at over $5 billion. Also, AMC Theatres raises $917 million to help the company stay afloat during the pandemic, and LinkedIn shares the latest top subscription jobs.

Philadelphia Inquirer Cuts Out Comments to Get Rid of Toxic Trolls

Over the last few years, many news outlets and magazines opted out of comments on their websites. Some did away with them altogether, while other outlets encouraged readers to engage on social media. There were many reasons for this, but it really came down to two issues – civility and resources. Engaging with the public and two-way conversations are meaningful, but they can also require a lot of manpower.

The Philadelphia Inquirer is the latest news organization to remove comments from their website, Inquirer.com. As of February 1, the Inquirer eliminated the majority of comments, but they will still be available on sports stories and Inquirer Live events. In their announcement, the Inquirer encouraged readers to engage by submitting letters to the editor and engaging on social media.

So why the change? One reason is that only about 2% of Inquirer.com visitors read the comments, and a smaller percentage actually post comments. The newspaper didn’t feel like it was a big loss. They explained additional reasons in a note to readers:

“Commenting on Inquirer.com was long ago hijacked by a small group of trolls who traffic in racism, misogyny, and homophobia. This group comprises a tiny fraction of the Inquirer.com audience. But its impact is disproportionate and enduring,” the Inquirer said.

“It’s not just Inquirer staff who are disaffected by the comments on many stories. We routinely hear from members of our community that the comments are alienating and detract from the journalism we publish,” the newspaper added.

According to the Inquirer, the newspaper has tried for more than a decade “to create a forum for a civil, open exchange of ideas where readers could offer relevant feedback and criticism of our work.” After trying multiple methods, nothing has worked, and the newspaper opted to remove itself from the equation.

“The comments at the bottom of far too many Inquirer.com stories are toxic, and this has accelerated due to the mounting extremism and election denialism polluting the national discourse. You deserve better than that,” the newspaper said. For more on the change, visit Inquirer.com.

Facebook and Google are in trouble again. Last week, West Virginia-based HD Media Company, LLC filed a lawsuit in federal court accusing the tech giants of conspiring “to further their dominance of the digital advertising market,” reports WCHS TV. Such anticompetitive behavior violates antitrust laws and makes it nearly impossible for media companies to compete. HD Media has the largest newspaper circulation in the state under a single owner.

“There is no longer a competitive market in which newspapers can fairly compete for online advertising revenue. Google has vertically integrated itself, through hundreds of mergers and acquisitions to enable dominion over all sellers, buyers and middlemen in the marketplace,” the lawsuit said. “It has absorbed the market internally and consumed most of the revenue. Google’s unlawful anticompetitive conduct is directly stripping newspapers across the country, including the plaintiff, of their primary revenue source.

Facebook got involved when it allegedly conspired to a secret agreement with Google, codenamed Jedi Blue. Facebook and Google agreed to avoid competing against each other in September 2018. Facebook avoids header bidding, going directly to Google, and Facebook gets preferential treatment in Google ad auctions, the suit said. HD Media asks for treble damages, punitive damages and any restitution deemed to be appropriate in a jury trial, as well as legal and court costs.

HD Media is not alone. Google and Facebook have been in the spotlight for the last six months. In October, the Department of Justice and 11 state attorneys general filed a civil antitrust lawsuit against Google for anticompetitive behavior. The lawsuit specifically addressed Google’s general search services, search advertising, and general search text advertising practices.

In December, two lawsuits were filed against Google, one over online ads and the other regarding search and search ad monopolies. Facebook was named in the online ad antitrust lawsuit as well. In mid December, the Federal Trade Commission and 48 states and territories sued Facebook for an illegal monopoly, acquiring competitors and imposing anticompetitive requirements on third-party developers.

There could be more lawsuits along these lines. In October, the House Judiciary Committee reported its antitrust findings after a 16-month investigation into behavior by Amazon, Apple, Facebook and Google. A 449-page report outlines the investigation and makes recommendations, including the restructuring of the companies.

Last year was brutal for movie theatres, and AMC Theatres was particularly hard hit. Despite recent successes with a multi-tiered subscription program, AMC Theatres barely stayed afloat during the pandemic. The company has spent the last several months to increase cash flow to stay in business. Last week, the company announced they had raised or had signed commitment letters totaling $917 million in new equity and debt capital.

“This increased liquidity should allow the company to make it through the dark coronavirus-impacted winner,” said AMC Theatres in a January 25 news release. “Based on a variety of assumptions, including future attendance levels, the Company estimates that its financial runway has been extended deep into 2021. AMC also is presuming that it will continue to make progress in its ongoing dialogue with theatre landlords about the amounts and timing of owed theatre lease payments.”

“Today, the sun is shining on AMC. After securing more than $1 billion of cash between April and November of 2020, through equity and debt raises along with a modest amount of asset sales, we are proud to announce today that over the past six weeks AMC has raised an additional $917 million capital infusion to bolster and solidify our liquidity and financial position. This means that any talk of an imminent bankruptcy for AMC is completely off the table.”

“Looking ahead, for AMC to succeed over the medium term, we are going to need for much of the general public in the U.S. and abroad to be vaccinated. To that end, we are grateful to the world’s medical communities for their heroic efforts to thwart the COVID virus. Similarly, we welcome the commitment by the new Biden administration and of other governments domestically and internationally to a broad-based vaccination program,” Aron said.

The Ringer, launched by Bill Simmons in 2016, is a website, podcast network and scripted and non-scripted video production house creating an innovative blend of sports, pop culture, politics, and tech content. The Ringer Podcast Network includes over 30 popular podcasts, featuring chart-topping shows such as “The Bill Simmons Podcast,” “The Rewatchables” and “The Ryen Russilio Podcast,” among others. The Ringer was acquired by Spotify in 2020. We're looking for a Podcast Manager, reporting to the Head of Production. Read more.

The streaming Marketing team is looking for a Head of Social, Editorial and Influencer Marketing; reporting to the SVP of International Marketing & Growth, this role will develop a broad strategy to maintain world-class standards for social media marketing. The ideal candidate will have proven experience using social media to build brands, create attention, grow communities, and generate user advocacy on a global scale. You know how to market leading consumer and/or entertainment brands via social media (paid and organic) and content (blog, digital content platforms), crafting transformative cross-channel campaigns around the customer experience. You are comfortable developing and executing social media strategies as part of a broader marketing strategy. As a leader on the Marketing Team, you will implement mechanisms and measurement tools that identify exciting opportunities to engage audiences and use new and existing content platforms. Read more.

Skift, the most influential media company covering the business of travel, is seeking an enthusiastic Subscriptions Marketing Associate with a specific focus on digital conversions and retention to join our Marketing team. You will be working in a fast-moving environment, while learning fundamental growth marketing skills to promote our Skift Subscription products across all Skift channels along with the opportunity to test new channels/campaigns. Skift is currently a fully-distributed, remote company with a team based around the globe. This position is remote from anywhere in the United States and requires a high level of coordination and communication skills to be successful. You must be able to work well independently, meet goals and set tasks in a timely manner, join meetings via video, and periodically work outside of normal company hours for special events or projects. Read more.

As a member of the AccuWeather For Business (AFB) Marketing team, you’ll be responsible for helping build and manage subscriber acquisition and retention programs for a newly created SMB product that targets businesses with exposure to weather-related impacts. In this critical role, you’ll focus on building innovative performance programs and relevant customer experiences to improve engagement and retention. Your challenge is to develop repeatable strategies that grow annual recurring revenue (ARR). You’ll lead customer marketing on paid social, programmatic media, and paid search on Google, Facebook, and other advertising platforms. In addition, you will collaborate on broader cross-functional campaigns, experiments, and efficiency measurement with campaign marketing, leveraging marketing analytics for decision making. Read more.