Hedge fund Chatham Asset Management wins the bid to buy the McClatchy Company. Headquartered in Sacramento, California, the 163-year-old media organization filed for a voluntary chapter 11 bankruptcy in February. The company operates 30 media companies in 14 states. The ultimate goal for the bankruptcy was to restructure the organization and get protection as the company worked out agreements with lenders, bondholders and the Pension Benefit Guaranty Corporation (PBGC).

“McClatchy’s plan provides a resolution to legacy debt and pension obligations while maximizing outcomes for customers and other stakeholders,” said Craig Forman, McClatchy president and CEO, in a February 13, 2020 news release. “When local media suffers in the face of industry challenges, communities suffer:  polarization grows, civic connections fray and borrowing costs rise for local governments. We are moving with speed and focus to benefit all our stakeholders and our communities.”

Terms of the winning bid were not disclosed. However, in April, McClatchy said they received a bid from Chatham Asset Management valued at more than $300 million. The proposed agreement will be finalized and filed with the U.S. Bankruptcy Court in the coming days. A hearing is scheduled for July 24. This will allow McClatchy to transition out of bankruptcy with its news assets, including the Miami Herald, The Charlotte Observer, The Sacramento Beeand the Fort Worth Star-Telegram, intact.

“From the outset of this voluntary Chapter 11 filing, our aim was to permanently address both the Company's legacy debt and pension obligations and strengthen our balance sheet in order to provide greater certainty and stability to the wider group of our colleagues and stakeholders who benefit from a restructured McClatchy,” said Forman.

“We're pleased that Chatham and the supportive secured first-lien creditors believe in our business and our mission and are helping to achieve these goals. Local journalism has never been more vital and we remain steadfast in our commitment to delivering on our mission and continuing to serve our communities,” Forman added.

Chatham Asset Management, who owns the National Enquirer and other tabloid newspapers, has been an investor in McClatchy since 2009 and is McClatchy’s biggest creditor, reports The New York Times. The deal is expected to close in the third quarter of the year, and Chatham will take the publicly-traded McClatchy private.

In a statement, a spokesperson for Chatham said they were pleased with the outcome of the auction and the company “is committed to preserving newsroom jobs and independent journalism that serve and inform local communities during this important time.”

In a Washington Post story about the acquisition, Mary Ellen Klas, the Miami Herald’s Tallahassee bureau chief said, “We don’t know what they’re up to, and that’s an ominous feeling. We fear that they’re efficiency experts, not journalists, and that’s a daunting prospect if you care about reporting the news. There’s a lot of uncertainty.”

As Ken Doctor predicted, the newspaper industry continues to contract. This transaction is the latest acquisition by a hedge fund of a media group which spells additional trouble for the journalism industry. Last fall New Media Investment Group acquired and combined itself with Gannett, Alden Global Capital continues to get cozy with Tribune Publishing, and now this. This does not bode well for journalism when owners are far more concerned about the bottom line than in providing their communities with quality, local reporting and the resources to do that reporting. 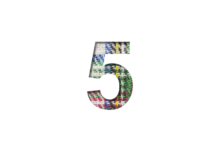 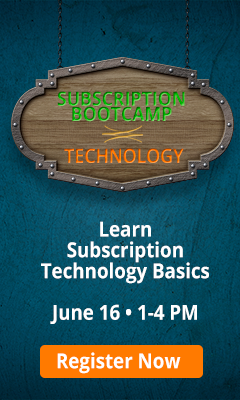