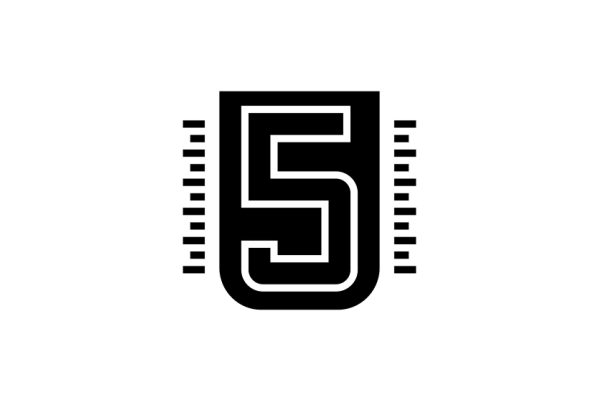 In this week’s edition of Five on Friday, Disney+ now has more than 100 million subscribers in just 16 months and weeks ahead of a price increase, The New York Times ponders whether Google and Facebook has killed “free,” and Apple is in the hot seat in the EU for an antitrust complaint from Spotify. Also, The Plain Dealer receives $3.8 million in paycheck protection program funding, and Tribune Publishing reports its most recent financials, possibly the last report before Alden Global Capital takes the company private.

Sixteen months after launching, streaming service Disney+ has exceeded all expectations, reaching 100 million paid subscribers worldwide. Originally, the company had set goals of hitting between 60 million and 90 million paid subscribers by the end of their fiscal year 2024. This is an incredible achievement, particularly because competition for streaming services continues to escalate.

“The enormous success of Disney+…has inspired us to be even more ambitious, and to significantly increase our investment in the development of high-quality content. In fact, we set a target of 100-plus new titles per year, and this includes Disney Animation, Disney Live Action, Marvel, Star Wars, and National Geographic. Our direct-to-consumer business is the company’s top priority, and our robust pipeline of content will continue to fuel its growth,” said Bob Chapek CEO at Disney’s annual shareholders’ meeting on March 9.

The news comes less than a week after the theatrical release of Raya and the Last Dragon. The movie premiered in theatres, and Disney+ subscribers had the option to stream the film for $29.99. Chapek referred to this business model change during the meeting.

“We believe it’s important to put the consumer in charge,” Chapek said, “and let them decide when and how they want to enjoy our films, particularly as we navigate our way through the pandemic.”

Later this month, Disney+ is raising the price of its popular streaming service. Monthly subscribers will see a $1 per month increase to $7.99 a month. Annual subscribers will pay $79.99 per year instead of $69.99. While the company may see limited churn due to price increases, that seems unlikely because Disney’s content is unrivaled by its competitors. The recurring revenue price increase will help offset some of the losses Disney has suffered as a result of cruise suspensions and theme park closures.

In a recent tech column for The New York Times, Shira Ovide pondered the idea that Google and Facebook “killed free.” She talked about the trend toward subscriptions including everything from streaming and messaging apps to dating sites and email services. Some of those things used to be free, but no more. Is that Google’s and Facebook’s fault? Maybe Amazon too. Ovide said that nearly $2 out of every $3 on digital ads is spent by Google, Facebook and Amazon, essentially monopolizing the advertising market and deciding what we will see.

“The result is that many people and companies have lost faith that ads can subsidize the stuff we like or generate real income for musicians, writers, podcast hosts and others trying to make a living online,” Ovide writes.

Yes, Google, Facebook and some Amazon services are free, but she and Alex Webb (for Bloomberg) suggest that these free services come with a cost. They track our movement, they know what we search for online, and they know when we abandon shopping carts, making their pitches to us personal.

“Trading attention for things we wanted seemed like a fair deal for decades – until the bargain soured. The same thing could happen with all those people and companies asking us to subscribe,” she says.

That could be true. If that does happen, whose fault will it be?

Apple Is in the EU Hot Seat for an Antitrust Complaint

Spotify wants to take a bit out of Apple, and it may get its wish. Apple and Spotify have butted heads for years, with Spotify outraged over the 30% revenue share* Apple requires of subscription apps. Spotify has spoken out about the issue previously, and it looks like the European Commission may take action soon, preparing to file a “charge sheet, according to Reuters.

In this particular antitrust complaint, Spotify alleged that Apple unfairly promoted its own streaming service over rivals. It is one of four investigations opened by the EU against Apple in June 2020, following a 2019 complaint by Spotify against Apple. Apple countered that Spotify knowingly presented false information about its fees to Apple through the App Store.

[Apple has revised its revenue share structure for subscriptions. It takes 30% the first year and 15% in subsequent years.]

Apple countered that the App Store helped Spotify to achieve hundreds of millions of app downloads, growing the company’s popularity across Europe. Reuters also said that the European Commission is also looking the App Store’s rules regarding rival apps, e-books and audio books and terms and conditions for its Apple Pay mobile payment system. The UK and Dutch authorities are also reviewing Apple’s business practices to see if they violated antitrust regulations.

9to5Mac hits the highlights of the battle between Apple and Spotify in a March 8 article, “If Spotify Wins European Antitrust Complaint, ‘Apple’s App Store monopoly is finished’” by Ben Lovejoy. The European Commission is reportedly preparing a Statement of Objections against Apple, identifying anticompetitive and monopolistic behavior. This battle looks like it will be hot and heavy, not only in the European Union, but in other nations, including the United States. Stay tuned for updates on other antitrust complaints against Apple.

Owned by Advance Local, Plain Dealer Publishing Co. of Cleveland, Ohio is receiving $3.8 million from the federal paycheck protection program to help it cover payroll and recover from the COVID-19 pandemic, says Media Post. The publisher did not qualify for PPP money in the first round of pandemic relief, but it qualified under the second round of relief which passed in December 2020.

“We are grateful that Congress recognizes the importance local news has in fortifying democracy and strengthening and empowering communities of all sizes across our country,” Advance Local CEO Caroline Harrison wrote Friday in an email to staff. “In fact, it is the reason we exist.”

Harrison said that the loans would go toward 2021 payroll and covering the cost of utilities and health care. It will help the company become more financially stable and find new ways to serve communities, according to Cleveland.com, which is owned by Advance Ohio, an Advance Local subsidiary.

The Plain Dealer laid off 22 newsroom employees on March 23, 2020 due to lost subscription and advertising revenue.

“The reason is strictly financial. The industry revenue model has changed, and print newspapers have struggled to overcome deep losses in subscriptions and advertising. More people access the news on digital platforms than ever before. Younger audiences are not subscribing to print editions of newspapers anywhere near the levels previous generations did,” said editor Tim Warsinskey of the 2020 Layoffs.

“Despite this disheartening news, The Plain Dealer, both in print and our e-edition, will continue to serve greater Cleveland as a valuable source of local journalism. This move today allows us to amplify our resources and continue to strive toward impactful and relevant reporting. Over the next two weeks, we will be finalizing our plans on how our resources will be allocated and I will share them with you as soon as I can,” Warsinskey added.

At the time, the editor reassured readers that this loss of newsroom staff would not create a news desert in Cleveland. Between The Plain Dealer and sister site Cleveland.com, there would be 77 journalists remaining to cover stories readers in northeast Ohio. The newspaper will continue to be printed daily and delivered to subscribers on Wednesday, Friday, Saturday and Sunday.

Total revenue for the fourth quarter was $192.7 million, a decrease of 19.5% compared to 2019. Advertising revenue dropped by $32.7 million, and circulation revenue dropped by 3.4% for the quarter. Home delivery revenue decreased $6 million and single copy sales dropped $2.6 million. These losses were partially offset by a $5.4 million increase in digital subscription revenue.

On the expense side, the company reduced operating expenses by $138.1 million, or 14.5%, compared to 2019. They also reduced lease and pension obligations by $60 million.

“Thanks to the efforts of all our staff and business partners, we continue to make significant progress in mitigating the negative impact of the COVID-19 pandemic and positioning the Company for a successful future. In 2020, we grew our digital-only subscribers to 436,000, an increase of 30.5% from last year, and our digital-only revenue grew $16.5 million or 57.0% from the prior year,” said Terry Jimenez, Tribune Publishing CEO and president, in a March 4, 2021 news release.

“The journalism our newsrooms produce and the creative solutions our marketing teams deliver will remain core to our success. We are immensely proud of the positive impact our teams have in the communities we serve,” Jimenez added.

For the first quarter of 2021, Tribune Publishing estimates total revenue between $170 million and $172 million and adjusted EBITDA of $22 million to $23 million.

In February, Alden Global Capital and Tribune Publishing entered into a definitive agreement for Alden to acquire Tribune for $630 million in an all-cash deal. Though Tribune currently owns The Baltimore Sun, it is not part of the deal. The acquisition is expected to close in the second quarter of 2021. Upon closure, Alden intends to take Tribune private, so we may only see one, or possibly two, more financial reports from the company.