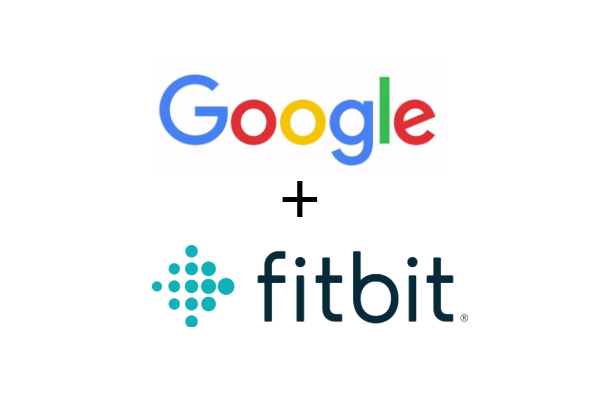 It’s official. Google has acquired fitness tracker Fitbit in a deal worth $2.1 billion. Google first announced the agreement to buy Fitbit in November 2019, but it has taken more than a year for the acquisition to close due to regulatory scrutiny. In a November 1, 2019 blog post, Rick Osterloh, senior vice president of devices and services for Google, announced the company’s intention to buy Fitbit. With over a decade of experience, Fitbit has been a pioneer in the industry, creating engaging fitness tracker products, experiences and a community of users, and Google was eager to be a part of that.

“By working closely with Fitbit’s team of experts, and bringing together the best AI, software and hardware, we can help spur innovation in wearables and build products to benefit even more people around the world,” said Osterloh. “Google aspires to create tools that help people enhance their knowledge, success, health and happiness. This goal is closely aligned with Fitbit’s long-time focus on wellness and helping people live healthier, more active lives.”

Fitbit offers a range of fitness trackers, smartwatches, scales and accessories, as well as premium subscription services to use in conjunction with Fitbit products. Fitbit Premium is $9.99 a month, or $79.99 a year, a savings of 30%. Normally, Fitbit Premium offers a seven-day free trial but, for a limited time, the free trial has been extended to 90 days. Fitbit Premium includes advanced insights, stress and mindfulness tools, sleep tools, games and challenges, workouts and guided programs.

Fitbit also offers a premium subscription service that includes Fitbit Premium and health coaching. This Fitbit Premium service is $54.99 a month following a seven-day free trial. It includes everything that Fitbit Premium offers plus a personal action plan, unlimited in-app messaging, data-driven guidance, and 1-on-1 coaching.

Last week, Osterloh announced that the deal was complete.

“For more than a decade, Fitbit has helped people around the world live healthier, more active lives. A clear pioneer in the industry, Fitbit built a vibrant community of more than 29 million active users by creating amazing wearable devices and immersive wellness experiences. Today, I’m excited to announce that Google has completed its acquisition of Fitbit and I want to personally welcome this talented team to Google,” Osterloh said.

In the announcement, Osterloh referred to Fitbit’s newest and most advanced smartwatch and activity tracker, Fitbit Sense, which offers stress management tools and ways to manage heart health. He also referred to the Inspire 2 tracker which has a new design and includes a new feature, active zone minutes to help Fitbit users maximize their workouts.

What the deal means for Fitbit users

In a January 14, 2021 letter to customers, Fitbit CEO James Park highlights some of the company’s accomplishments, as well as the future of Fitbit.

“I’m writing today to let you know that Fitbit is now officially part of Google. It’s an incredibly exciting moment for us as a company and for our Fitbit community of users around the globe. When Eric and I founded Fitbit 13 years ago, we did so with a simple, but bold idea: to make everyone in the world healthier. Since shipping the original Fitbit tracker in 2009 to now having sold more than 120 million devices in over 100 countries, this mission has never wavered. Instead, millions of you joined that mission, and made Fitbit a movement that transformed lives. In some cases, we heard from our users that we even helped save lives. Together, we’ve taken 275 trillion steps and logged over 15 billion hours of sleep,” wrote Park.

“This is just the beginning because becoming part of the Google family means we can do even more to inspire and motivate you on your journey to better health. We’ll be able to innovate faster, provide more choices, and make even better products to support your health and wellness needs. On our own, we pushed the bounds of what was possible from the wrist, pioneering step, heart rate, sleep and stress tracking. With access to Google’s incredible resources, knowledge and global platform, the possibilities are truly limitless,” Park added.

“I have no doubt that this acquisition will create so many opportunities. But I also want you to know that many of the things you know and love about Fitbit will remain the same. We’ll stay committed to doing what’s right, to putting your health and wellness at the center of everything we do and to offering a no-one-size-fits-all approach with choices that work across both Android and iOS,” said Park.

After a year of scrutiny by regulators, Google has sealed the deal with Fitbit. Is this good or bad for consumers? From the standpoint of having state of the art technology available, it is an exciting opportunity for fitness users to get the latest and greatest smartwatches and fitness trackers. From a privacy standpoint, there is concern that Google is getting access to user data, including Fitbit’s 29 million active users. How will it use that data? Google assures users in its announcement that the deal is about the devices, not the data, but with Google under the antitrust microscope, it is hard to take that at face value. Time will tell if Fitbit users will truly benefit from this acquisition. Google will benefit from Fitbit’s customer base, and from subscriber revenue as a source of recurring revenue.